Do you recognize the two children who are the subjects of this charming painting by Florentino Padilla? Padilla (who lived from about 1943 to 2010) was one of several young artists whose talent was recognized by Neill James, the American writer who resided in Ajijic from the mid-1940s. James helped Padilla obtain a scholarship to study art in San Miguel de Allende from 1960 to 1962. 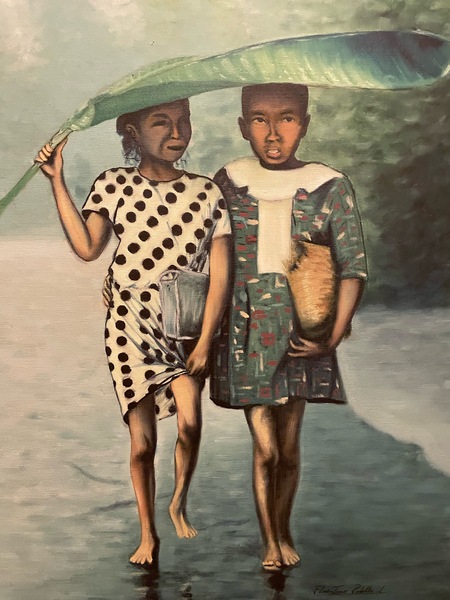 The painting—believed to date from the mid-1970s, when Padilla was giving classes for the Children’s Art Program (CAP) organized by the Lake Chapala Society—was owned by acclaimed American photographer Sylvia Salmi, who resided in Ajijic at that time and was an active supporter of CAP.

Several chapters of Foreign Footprints in Ajijic: Decades of Change in a Mexican Village offer more details of the history of Art in Ajijic.