Sylvia Ester Salmi (1909-1977) was a prominent and highly respected American photographer. During the 1930s and 1940s, she took portraits of numerous great artists and intellectuals of the time, including Bertrand Russell, Albert Einstein and, in Mexico, Diego Rivera, Frida Kahlo, José Clemente Orozco and Leon Trotsky. In 1964, following the death of her second husband, Salmi embarked on an eight-year tour of the world before settling in Ajijic in about 1972. 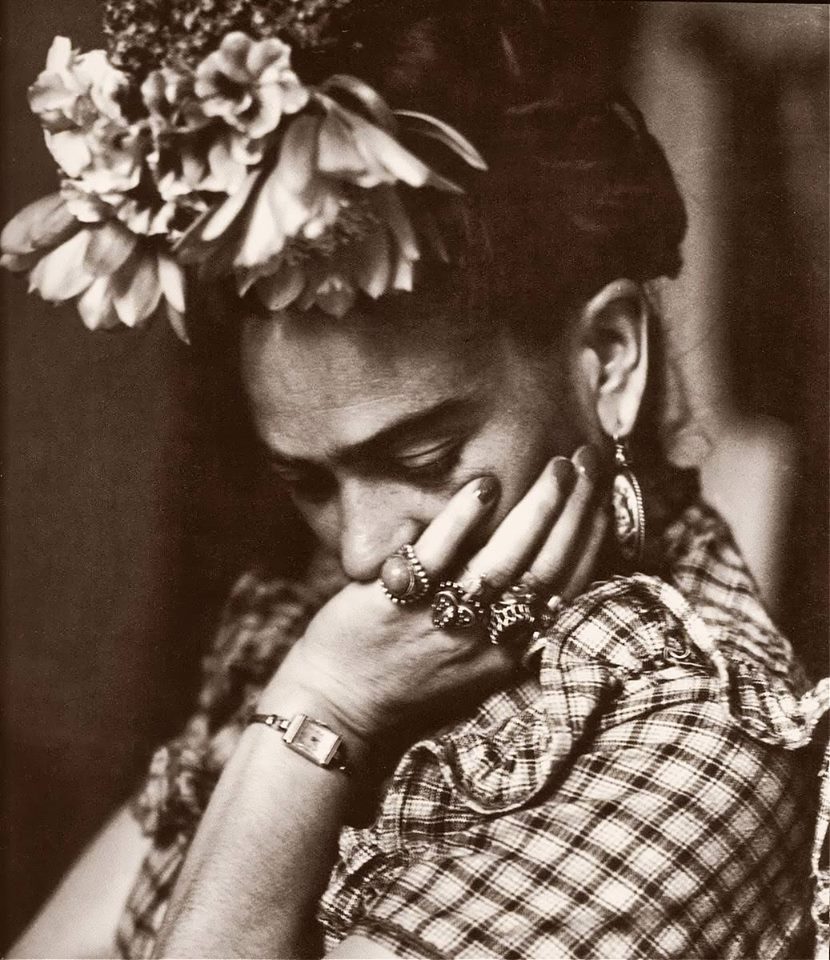 Salmi was born on 5 November 1909 in Quincy, Norfolk, Massachusetts. She graduated from Washington Irving High School in New York in 1928 and shortly afterwards (3 April 1930) married Victor M. Kroetch. The couple made their home in New York City and had a daughter, Cassandra Eloise Salmi, in 1933. The marriage broke down, and Salmi and Kroetch were divorced the following year. Salmi then threw herself into her true passion – photography – and quickly gained a reputation as a fine portraitist.

After his death in 1964, Salmi toured the world prior to settling in Ajijic on Lake Chapala in about 1972. She became known as a notoriously parsimonious woman and one of the village’s real characters. Judy Eager, who with husband Morley ran the (Old) Posada Ajijic for many years, recalls that Salmi held weekly Sunday cocktail parties at which she was rumored to serve a punch comprised of “mixed leftover drinks from a prior party” and served hors d’oeuvres made of food scraps she had taken home from the Posada’s restaurant. Salmi’s parties were, by all accounts, pretty wild affairs, with Eager quoted as saying that, “She [Salmi] was known to take her clothes off after many drinks and loved to wear a cape which allowed her to flash whoever she wishes.” 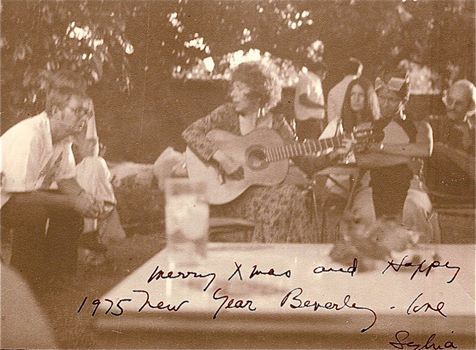 Salmi is remembered with affection by many Ajijic old-timers. Jim Dunlap, who frequently visited his mother and stepfather – Virginia and Arthur Ganung – in the village during the 1970s, remembers Salmi as a regular at their parties who would “sometimes come in her bathrobe.”

While Salmi did not pursue photography as diligently in Ajijic as she had done earlier in her life, she did, nevertheless, take part in several local exhibitions, and also helped with the Children’s Art Program (CAP) organized by the Lake Chapala Society. For example, in 1973, she arranged for the Mexican-American hospital in Guadalajara to purchase art from the CAP to decorate a patient’s room. 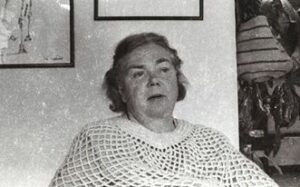 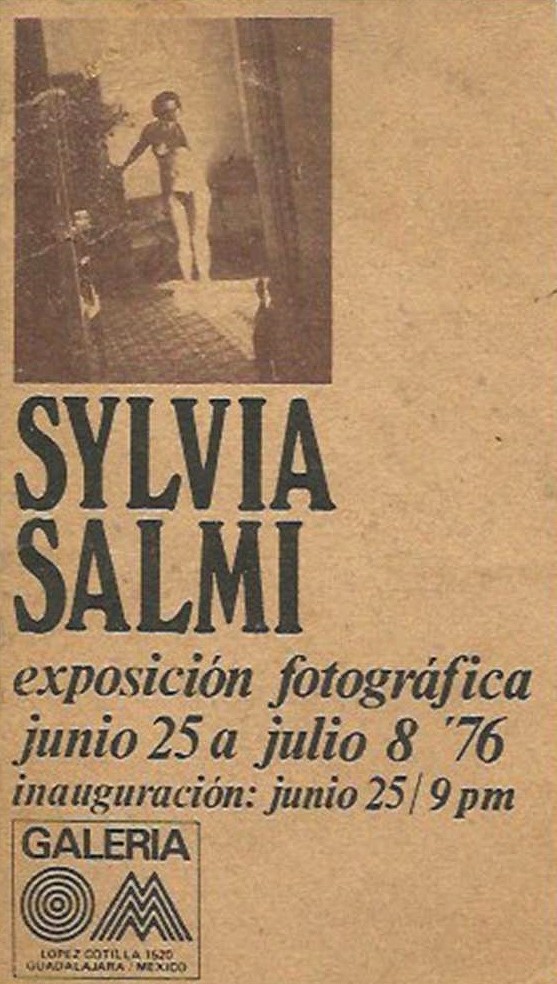 The OM Gallery in Guadalajara (at the intersection of Lopez Cotilla and Chapultepec) featured some outstanding shows during its brief existence from 1975 to about 1978. Salmi was accorded the honor of a solo show there which opened on 25 October 1975 and ran for a month, and among those present at the opening was Guadalajara sculptor Alejandro Colunga.

In February 1976, Salmi’s photos were in a joint show at the newly-formed Wes Penn Gallery (16 de Septiembre #9, Ajijic) with fourteen oil paintings by Allen Wadsworth. (That gallery was owned by Jan Dunlap, and named for an ex-husband who had died. Following that joint show, the gallery’s next exhibit was a solo show of paintings by Synnove Pettersen.)

A second exhibit of Salmi’s work at the OM gallery in Guadalajara, a “review of portraits and pictures”, was mounted in June 1976.

Katie Goodridge Ingram, who ran a gallery in Ajijic for many years, remembers organizing works by Salmi for two shows, including one for Bellas Artes de Jalisco which was taken to Puerto Vallarta to celebrate the opening of a new museum. The fact that the venue had no windows, doors or security appears to have been a minor problem to the indomitable organizer: “We kept the art safe, got night guards, and somehow the show went up on the night assigned”. Other artists in that group show included Jean Caragonne; Conrado Contreras; Daniel de Simone; Gustel Foust; John Frost; Richard Frush; Hubert Harmon; Rocky Karns; Jim Marthai; Gail Michel; Bob Neathery; David Olaf; John K. Peterson; and Georg Rauch.

Salmi’s home in Ajijic has many connections to other artists. In 1976, Salmi rented her small casita to photographer Toni Beatty and her husband Larry Walsh for several months. Later, it was where photographer Bruce Greer established his residence-studio. Later still, the property became the home of Diane Murray (who had worked with Salmi and was also a photographer) and her daughter, Amanda, who is now pursuing her own career as an artist.

Not long before she died, Salmi had given all Herbert Solow’s personal papers to the Hoover Institution at Stanford University.

Several chapters of Foreign Footprints in Ajijic: Decades of Change in a Mexican Village offer more details of the history of Art in Ajijic.

Sylvia’s youngest granddaughter, Leslie Wilcox, is happy to communicate via Email with anyone seeking to obtain the rights to reproduce or publish any photos taken by her grandmother. See comments below for further details.