Roscoe (“Rocky”) Karns lived in Ajijic with his wife (Kate Karns) and family from 1971 until his death on 5 February 2000. Karns had retired from careers in acting and sales and devoted himself in Ajijic to his painting and working as producer and director on shows at the Lakeside Little Theater. 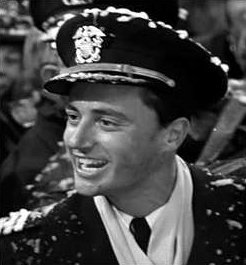 Karns’ movie career was interrupted by four years service in the Army during World War II.

After the war, when Rocky was assigned to work in Los Angeles as a military recruiter, he and his wife, Kate, established their home in Hollywood and Rocky began to build his acting career even as they started a family.

The movie was nominated for five Academy Awards including best picture. Though it did not do terribly well when it was released, it has gained popularity in recent years and has now made the American Film Institute’s list of the 100 best American films ever made.

He also worked in television, co-starring with Helen Chapman in a sitcom entitled Jackson and Jill (1949). In 1950, he also worked alongside his father, the star of a popular cop series, Rocky King, Private Detective.

Karns retired from acting in about 1954 and began a 17-year career in sales and public relations for the North American Philips Corporation, eventually becoming its West Coast manager. In 1971, Karns retired from the company and moved to Ajijic. During his “retirement”, Karns focused on his painting, and on directing local theater shows. 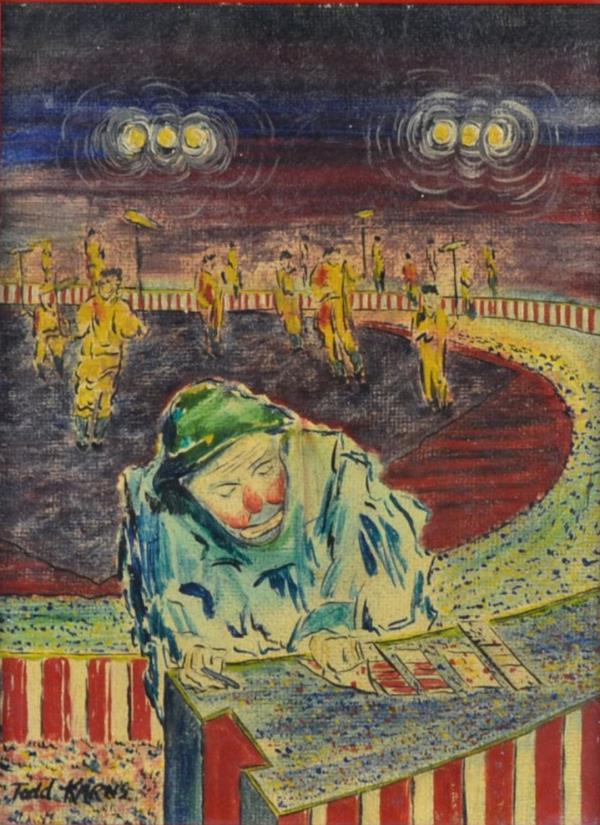 Karns directed numerous plays at the Lakeside Little Theater (LLT) , beginning in 1973 with Barefoot In The Park and The Pleasure of his Company. Other plays directed by Karns at LLT included the comedies Sauce For The Goose, Squabbles, Marriage-Go-Round, Noel Coward In Two Keys, The Gin Game and Last Of The Red Hot Lovers, as well as the fantasy A Visit To A Small Planet, the thriller Wait Until Dark, and the drama On Golden Pond. 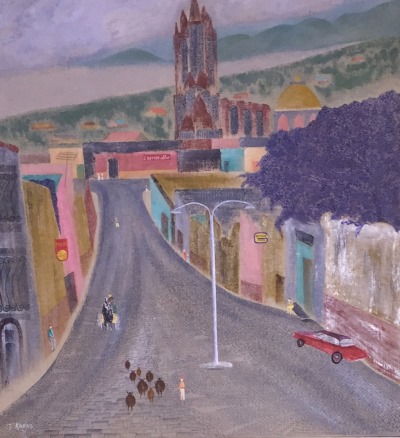 After moving to Ajijic, Karns soon began to exhibit and sell his art at local shows. In December 1974, for example, one of his paintings was auctioned in a charity fund-raiser organized at the San Antonio Tlayacapan home of Frank and Rowena Kirkpatrick, alongside works by Rowena Kirkpatrick, Sidney Schwartzman and Antonio Santibañez.

In March the following year Karns joined Gail Michaels and Synnove Shaffer (Pettersen) for a three-person show at the Villa Montecarlo in Chapala.

Karns was an active participant in the Clique Ajijic, a group of eight artists who formed a loosely-organized collective for three or four years in the mid-1970s. The other members of Clique Ajijic were Sidney Schwartzman, Adolfo Riestra, Gail Michaels, Hubert Harmon, Synnove (Shaffer) Pettersen, Tom Faloon and John K. Peterson (the only member of Clique Ajijic who had been a member of the earlier Grupo 68).

In 1989, Karns was accorded the honor of a solo show by Sidney Schwartzman, owner of the Schwartzman Galería in Ajijic. Karns was quite a prolific artist and his works, with their charming naiveté, do occasionally turn up in online auctions.