Lily Dulany Cushing was born in Newport, Rhode Island, on 13 January 1909 and passed away on 21 September 1969 in Fishers Island, New York. She was married three times, but throughout her artistic career appears to have signed most paintings “L.C”. 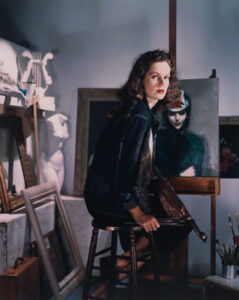 Her first, brief, marriage in 1929 was to George Crawford Clark Jr. After their divorce, in 1932 she married William Temple Emmet Jr. The couple had two daughters. Following their divorce, Cushing took Navy Captain Alston Boyd as her third husband, in 1953. As a  result, her art is listed under various names including Lily Emmet Cushing and Lily Cushing Boyd.

Cushing, whose father Howard Gardiner Cushing (1869-1916) was a noted figure and mural painter, began painting at the age of 5, and went to Europe at age 16 to study in Paris with Alexandre Jacovleff. She also took classes in New York with American artist Walt Kuhn, then at the forefront of the modern movement.

In 1930, a few weeks after her twenty-first birthday, Cushing had her first of many solo exhibitions, at the Arden Gallery in New York. Cushing is best known for landscapes and still lifes of flowers, but subsequently took to watercolors and then oils later in her career.

Her paintings can be found in the collections of the Metropolitan museum, the Whitney, and the Museum of Modern Art, in New York City, and in many private collections. 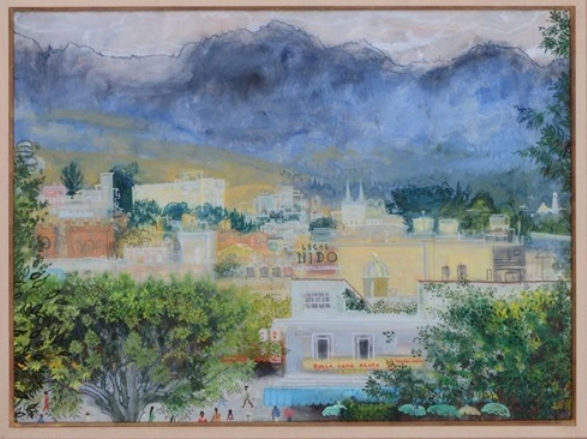 In the early 1960s, she spent some time in Mexico, visiting various locations including Lake Chapala. A landscape painting of the central Mexican volcano of Popocatapetl dates from this time, as does a painting sold at auction entitled “Guadalajara” (see image).

Much more interesting for our purposes are two paintings – “Chapala Beach” and “Posada Garden with a Monkey” – listed in the 1971 and 1986 Annual Reports of the National Gallery of Art in Washington D.C. as being on extended loan to the Supreme Court of the United States. We have not managed to find photos of these two paintings and would welcome more information about them, including the year they were painted.