Winifred (“Winnie”) Godfrey is best known for her floral paintings, but has also produced a number of fine, figurative works, including a series based on the Maya people of Mexico and Guatemala.

She first visited Mexico, where her aunt was then living, in 1965, and spent about a year in Guadalajara. In 1966 she taught at the city’s Jesuit university, ITESO, and also attended the University of Arizona summer program in Guadalajara.

She was painting full time and participated in several group exhibits in Guadalajara with fellow artists such as Felipe Ehrenberg, José Luis Cuevas and Alfredo Sánchez Laurrauri.

Her connection to Lake Chapala is tangential since she never lived in either Ajijic or Chapala, but did visit frequently from Guadalajara. At Lake Chapala, she became friends with Allyn and Beverly Hunt, long-time residents of Jocotepec, who modeled for some of her large figurative paintings. Author and artist Allyn Hunt was the editor of the Guadalajara Reporter for many years. 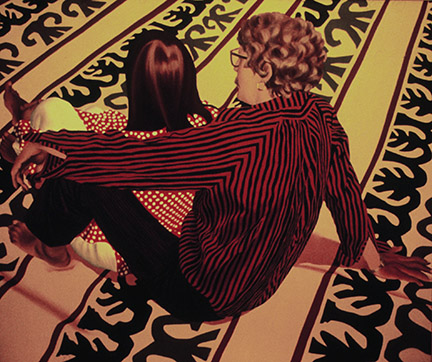 Godfrey, born in Philadelphia in 1944, was raised on Chicago’s south side and gained a Bachelor of Science in Art (1966) and a Master of Fine Arts (1970) from the University of Wisconsin. She also studied at the Art Institute of Chicago, Chicago (1962) and the University of California, Los Angeles (1964). 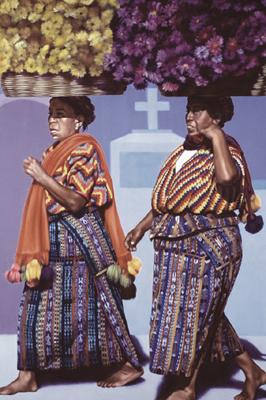 She traveled to Europe as part of her studies at the University of Wisconsin, and in 1966 attended the program offered by the University of Arizona in Guadalajara, Mexico. In 1971-2, she studied printmaking at the Chicago Printmakers Workshop.

Godfrey has been a full-time painter since 1974. She has given art classes and workshops in a number of institutions, including the University of Wisconsin, Madison, Wisconsin (1968-70); Rochester Art Center, Rochester, Minnesota (1970); the University of Illinois, Chicago (1975-76); the North Shore Art League, Winnetka, IL (1977-87); and the Blackhawk Workshop, Blackhawk, Colorado (1987-91).

Her artwork is included in many private, corporate and museum collections and has been exhibited throughout North America.

She has taken part in more than a hundred major exhibits, mostly in Wisconsin and Illinois. Her solo exhibits include the University of Pennsylvania Museum, Philadelphia; the Organization of American States, Washington, DC; the Rahr-West Art Museum, Manitowoc, Wisconsin; and the David Rockefeller Center for Latin American Studies at Harvard, Cambridge, Massachusetts.

Godfrey’s work was presented alongside that of Georgia O’Keeffe and Marc Chagall at an exhibit of 20th century flower paintings at the Museum of Art in Fort Lauderdale, Florida. At the Chicago Botanic Garden, her work the Flora Exhibition Award of Excellence. She also won first prize among the 4500 floral entries in the Artist’s Magazine Floral Competition. 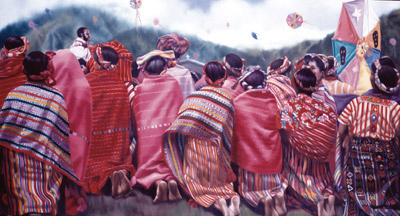 To learn more about this artist, please visit her website.