Muralist Guillermo Chávez Vega (1931-1990) is not usually associated with Lake Chapala, but is responsible for one of the area’s earliest surviving murals. The murals, painted in 1971, are in the private sailing club Club Náutico, in La Floresta, Ajijic.

The murals are painted on the four sides of a pyramid-shaped roof “dome” on the northern side of the main lounge. They show local historical events from pre-Columbian Indian rituals to the heroic resistance of insurgents occupying Mezcala Island during Mexico’s War of Independence. 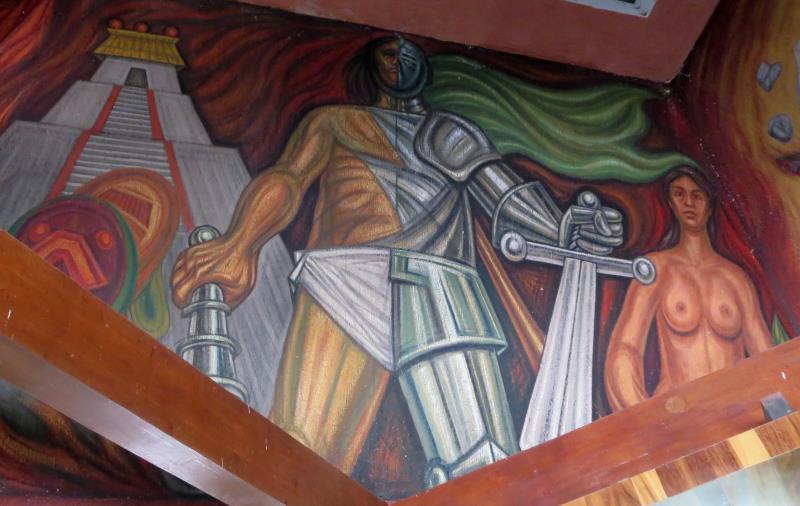 Sadly, one additional mural by Chávez Vega, painted in the lobby of the club, and depicting a woman reposing in a hammock made of fishing nets, was lost during renovations in the 1980s.

Guillermo Chávez Vega was born in Guadalajara on 23 March 1931. Best known as a muralist, he was also a painter, watercolorist and engraver. Besides murals, he also painted family scenes and landscapes, especially of the Jalisco coast, and a popular series of watercolors of Guadalajara. He held about 30 solo exhibits and participated in 20 group exhibits during his distinguished artistic career. 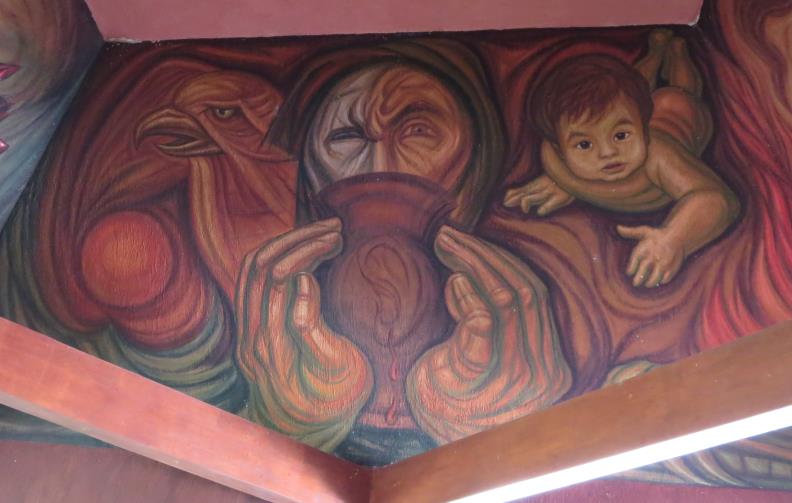 Chávez Vega completed his formal primary and high school years at the Colegio Instituto de Ciencias in Guadalajara. In his later years at that institution, he illustrated the school’s Revista Juventud (Youth Magazine). 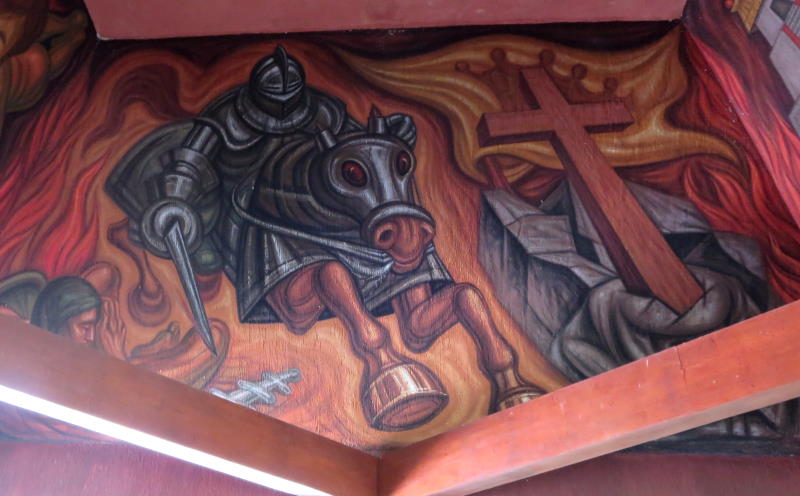 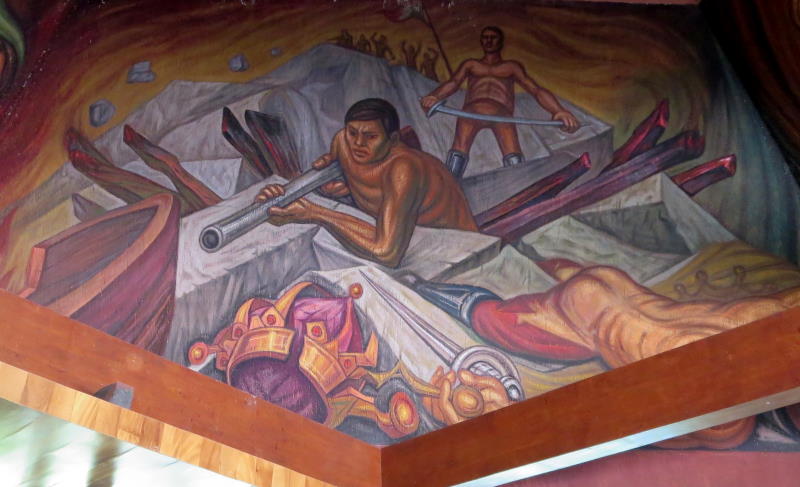 From 1957 to 1962, Chávez Vega gave painting and drawing classes in the Escuela de Artes Plásticas of the University of Guadalajara. From 1958 to 1960, he gave art classes at the Universidad Femenina de Guadalajara.

He painted his first murals, including one in Ciudad Guzmán in the south of Jalisco, in 1957. In 1960, he started working as an illustrator for the artistic-literary magazine El Despertador. In 1963, he was granted a Jalisco State scholarship to travel to Europe and the Middle East. In 1968, he was asked by President Gustavo Díaz Ordaz to travel to Poland and paint a mural in Warsaw as a national gift from Mexico to the Polish people. From 1969 to 1989, Chávez Vega ran the Guadalajara branch of the Instituto de Amistad e Intercambio Cultural Mexico-USSR, which promoted a better understanding between Mexico and the Soviet Union.

He painted at least 25 murals, most of them located in or near Guadalajara. His murals include “The Reform and the Constitution” in the Palacio de Justicia in Guadalajara, and “Guadalajara, Homage to Humanity” in the city’s International Friendship Center (Centro de la Amistad Internacional). Also in Guadalajara, in Preparatoria número 3, in 1988, he painted his final mural, “Revolutionary Latin America”. Murals by Chávez Vega can also be admired in the Centro de Arte y Cultura in San Pedro Tlaquepaque, and in the building of the Sindicato de Trabajadores del IMSS in Mexico City.

Guillermo Chávez Vega received the Jalisco prize for plastic arts (1960) and the Silver Medal of the Jalisco State Government (1964). He died in his native city on 5 July 1990 and his remains were later interred in the Rotunda of Illustrious Jalisicienses in 2002.