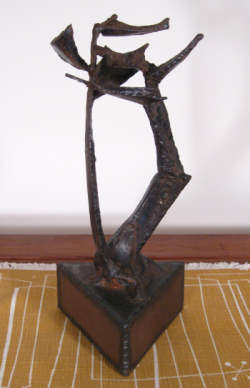 Blanche Phillips Howard was also the author of Dance of the Self: Movements for Body, Mind, and Spirit. (Simon & Schuster, 1974) While one review of the book labeled it “a dance philosophy that was practiced back in the Thirties in a small, obscure Greenwich Village studio” (The Times of San Mateo), Miriam Borne, a close friend and disciple of Phillips, has pointed out that it is most definitely not a “dance philosophy” but is “essentially a more spiritually oriented/esoteric dance form which developed within the stream of modern dance.” Borne describes the book as, “a course of lessons in moving meditation.” The book’s 53 lessons “progressively align and strengthen the body” and each of the “specific movement patterns” in every chapter “is allied to a symbol such as waves breaking, trees in the wind, puppets, logs rolling, elephants moving through the forest.”

My thanks to Michael Agostino (see comments) for prompting me to update this profile in July 2019, and to Miriam Borne for her valuable and insightful comments on the life and work of Blanche Phillips.