Betty Binkley, a painter mainly associated with Santa Fe, New Mexico, lived and painted in Chapala in the mid-1940s. In 1944, she exhibited her work at the Villa Montecarlo in Chapala in a group show that also included works by Jaime López Bermudez, Ernesto Butterlin (“Lin”), Otto Butterlin, Ann Medalie and Sylvia Fein.

Betty (sometimes Bettie) J. Binkley, also known as Betty Binkley Farrar, was born in Long Beach, California, on 5 September 1914 but spent most of her early years in El Paso, Texas. She died of a heart attack in San Miguel de Allende, Mexico, at age 63 on 25 August 1978.

Binkley’s parents were James B. Binkley and Bee Binkley (1889-1968). Following their divorce, in the early 1930s, Bee Binkley moved to Santa Fe and built a house on land that had previously been part of the Hacienda de San Sebastian.

Betty Binkley attended Radford School for Girls in El Paso before moving with her mother to Santa Fe, where she took art classes for many years with local Santa Fe landscape painter Fremont Ellis (1897-1985).

In 1936, the El Paso Herald-Post was already referring to Betty Binkley as a “well known Santa Fe artist”. According to the newspaper, Binkley, who was in town visiting her grandmother, had “recently returned from two months’ stay in the Navajo country of Arizona, where she sketched and painted Indians and scenes of Indian life.”

Three years later, in January 1939, the same newspaper was extolling the virtues of Binkley’s art, examples of which were on display for a couple of days at Radford School for Girls, her former high school. The report explains that Binkley had recently taken up portrait painting and had chosen “childhood playmates” Teddy Bear and Raggedy Ann as her first subjects:

“Teddy is yellow and fuzzy and wears a blue bow around his neck. Annie, as the artist calls the doll, has button eyes, a smile that never leaves her face and a cutout heart that insists on slipping out of place–because of the sawdust filling. She wears a white apron. Miss Binkley has done a series of 10 portraits of the toys for children. Each picture depicts an incident of Spanish or Mexican life. There is a cockfight where the toys are spectators.”

In September 1939, Binkley’s work was included in the Twenty-sixth annual exhibition of painters & sculptors of the Southwest, a group exhibition held at the Museum of New Mexico in Santa Fe.

The following month, Binkley, then a student at the University of New Mexico, was elected “draughtsman” of the New Mexico Anthropologist, the student publication of the university’s Anthropology Department. 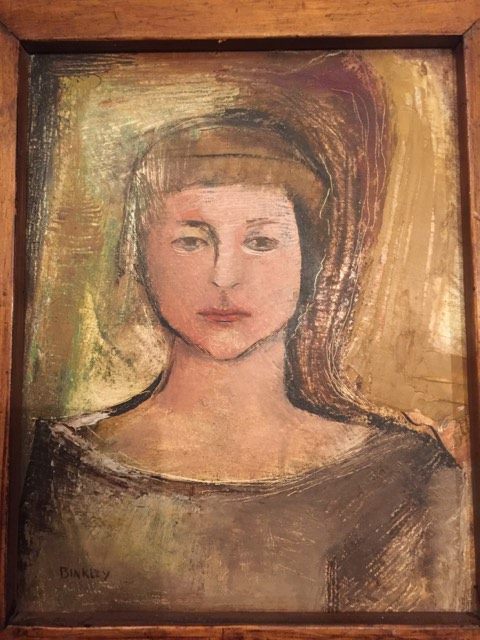 Binkley had been married at least once prior to being married (briefly) in 1940 to Catalan-born sculptor, painter and art educator Urbici Soler (Urbici Soler i Manonelles, 1890–1953). The couple held a joint exhibit of terra cottas at the College of Mines Museum in El Paso in July 1940, before leaving the city for a trip to “The East” in August. In November 1940, Binkley accompanied Soler when he opened a School of Sculpture at 214-216 East 34th street in New York City. Soler planned to teach clay modelling, stone cutting, woodcarving, life drawing, terra cotta and casting, as well as run a summer school in Glacier Park in Montana.

After the couple separated, Binkley moved to Texas in 1942 to attend the University of Texas at Austin. She spent the early part of the summer of 1943 at a University of New Mexico summer school in Albuquerque, and then spent August with her mother in Santa Fe, before returning to Austin.

It is unclear precisely how long Binkley lived at Lake Chapala, but Sylvia Fein, who lived in Ajijic between 1943 and 1946, has clear memories of Binkley living in Chapala at about the same time. Certainly, Binkley spent the winter of 1944/45 in Chapala, as evidenced by her exhibition at the Villa Montecarlo in late 1944. She became friends with poet Witter Bynner who owned a home in Chapala; Bynner bought at least two of her paintings that winter and gave her a hand-written poem, “Breakers” in March 1945, with a note that read, “Let this be your other home, too – Chapala, where I came to know you and Laotzu”. (Bynner’s The Way of Life According to Laotzu had been published the previous year).

Binkley held a solo exhibition of paintings at the art gallery of the Benjamin Franklin Library in Mexico City from 27 April to 11 May, 1945. Despite her participation in the earlier 1944 group show at Villa Montecarlo in Chapala, this Mexico City show was reported in the local press as Binkley’s first ever show in Mexico.

Binkley and Witter Bynner moved in the same social circles in Santa Fe. When Bynner wrote to artist Edythe Wallach from Santa Fe in October 1945, he said that “Betty has done two good paintings here – but plans to take off again shortly for Mexico.” 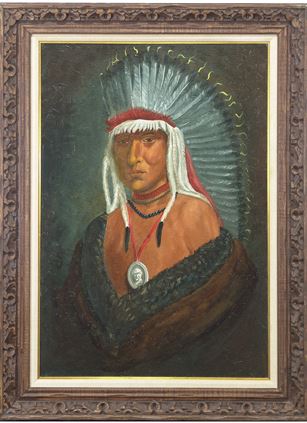 By 1946, Binkley was back in New Mexico and was exhibiting her art more frequently. Reporting on a group show, the Santa Fe New Mexican said that “… we come upon Betty Binkley’s more precise San Miguel Allende with its intersecting pattern of black-swathed women ascending the stairs to the sanctuary. Note the scavenger dogs in the foreground relieving the tension, whimsically.” Included in the same show was work by artist Peter Hurd who would later also have a close connection to Chapala.

It was at about this time that Binkley took classes with the distinguished art educator Hans Hofmann. Hofmann had at least two additional Lake Chapala connections. The first was via another of his former students, Clara Schafer Thorward (1887-1969). The second connection was via fellow artist Jack Bateman,  who had lived in New York in an apartment one floor above Hofmann and whose accidental spillage of plaster through the ceiling onto unfinished paintings below had led to a productive friendship between the two men.

Binkley’s work was included in numerous group shows over the next decade, including two in 1947: An exhibition of oils, tempera and watercolors by Ivan Bartlett, Betty Binkley and John Langley Howard (also associated with Lake Chapala),  held from 5 February to 1 March, at the Rotunda Gallery, City of Paris, California; and “6 Southwestern States: Arizona, New Mexico, Colorado, Oklahoma, Arkansas, Louisiana”, held at the Dallas Museum of Fine Arts, 15 June to 14 September 1947. Binkley showed an oil painting entitled “Beach”. Peter Hurd was also exhibiting. In 1951, Binkley was one of the artists included in “New Mexico Artists: An Exhibition”, held at the Museum of New Mexico in Santa Fe. Among the other artists exhibiting there was Alfred Rogoway, yet another artist closely associated with Lake Chapala.

The following year, she held a joint show with ceramicist Warren Gilbertson, exhibiting 12 oils, described as “a collection of fresh work, primarily non-objective” at the Plaza Art Gallery in Albuquerque, New Mexico.

In 1950, she took a solo trip to Europe for several months. She left New York on 7 April, one of only four passengers aboard the SS Marengo bound for Hull, England, and flew back from Paris France to New York on a “special” flight operated by The Flying Tiger Line on 31 July.

Binkley had a solo show at the Willard Hougland Gallery in Hermosa Beach, California, in March 1951. (Houghland had strong Santa Fe connections, and had previously operated the La Quinta Gallery at Los Poblanos, near Albuquerque) .

Binkley continued to visit Mexico. She spent the winter of 1954/55 painting and sightseeing in and around the city of Guanajuato, before returning north to her studio at 552, Canyon Road in Santa Fe.

In July 1973, one of Binkley’s paintings received special mention in the Santa Fe New Mexican review of a show of “vigorous, contemporary art” organized by The Artists Co-op:

“The most astounding painting, however, was painted by Betty Binkley. Using absolutely horrible blues and muddy earth colors which were most depressing in themselves and in combination, she “nonetheless managed to paint a portrait of a woman seated at a table which for some inexplicable reason does not produce a depressing effect on the whole. Rather, after one gets used to it, it turns out to be an interesting, mood-provoking piece.”

Sincere thanks to Jane Farrar (Betty’s daughter) for drawing my attention to the fact that there was a second, unrelated, painter named “Binkley”, who  is believed to have painted “Sunlit Daisys”, mistakenly included in a previous version of this post as being the work of Betty Binkley.