Famous Swedish painter Nils Dardel (1888-1943) visited Chapala towards the end of his life at a time when he was mainly painting fine watercolor portraits. Does anyone have additional knowledge about his visit (or visits) or recognize a friend or family member in any of the following paintings? 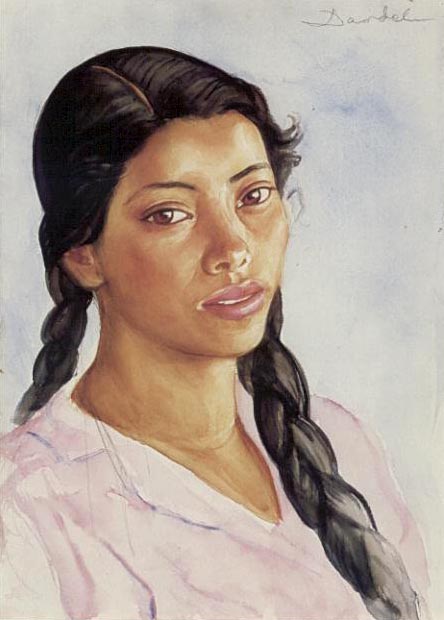 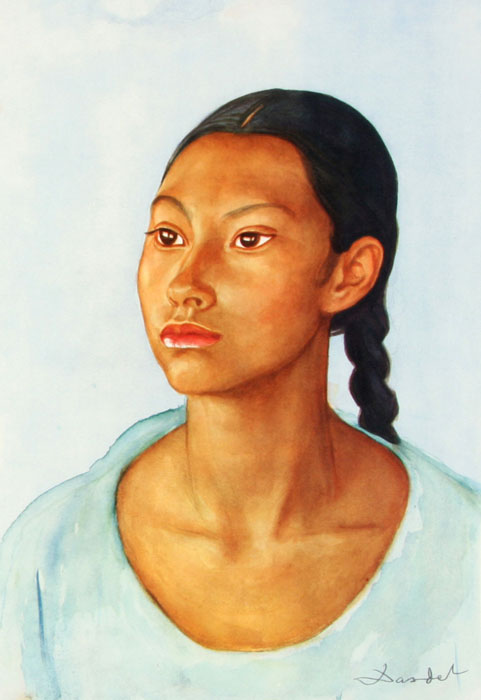 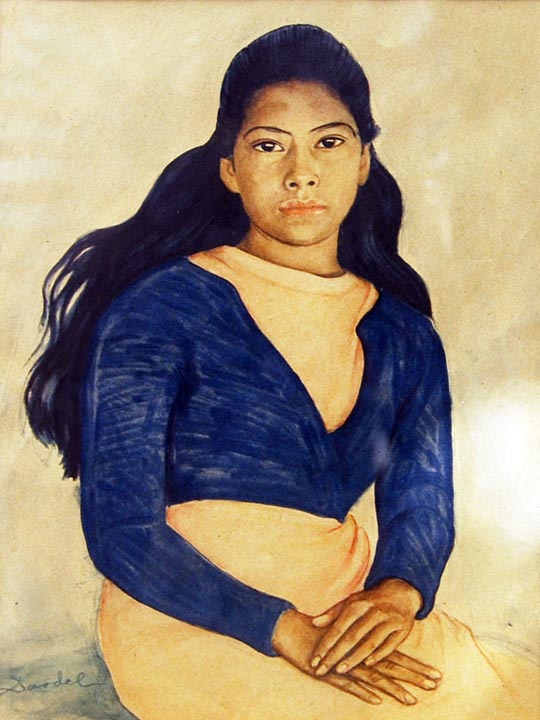 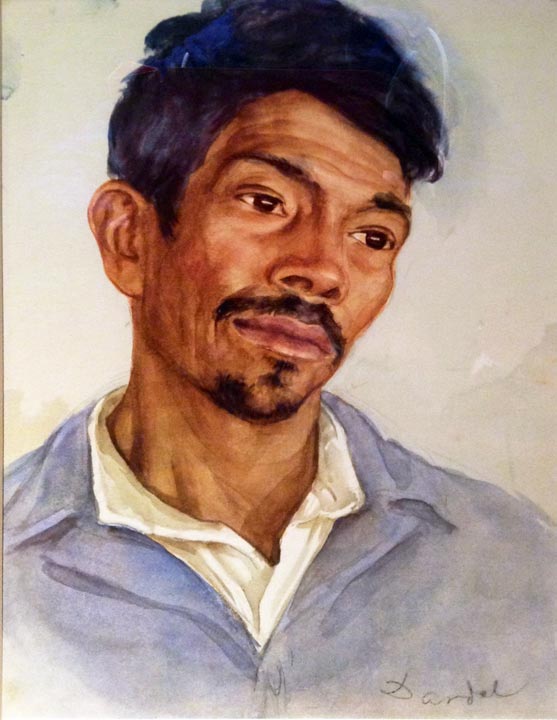 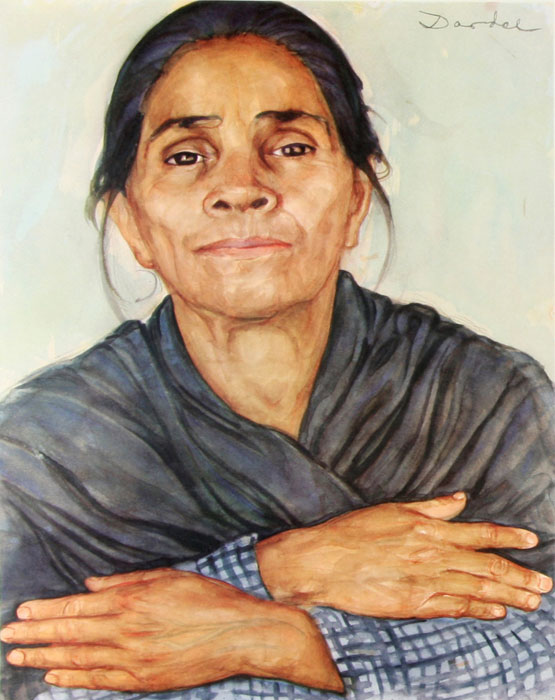 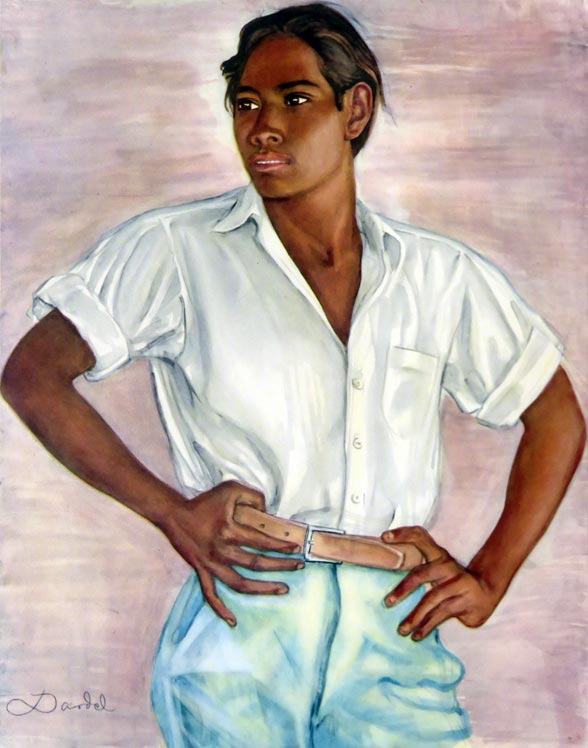 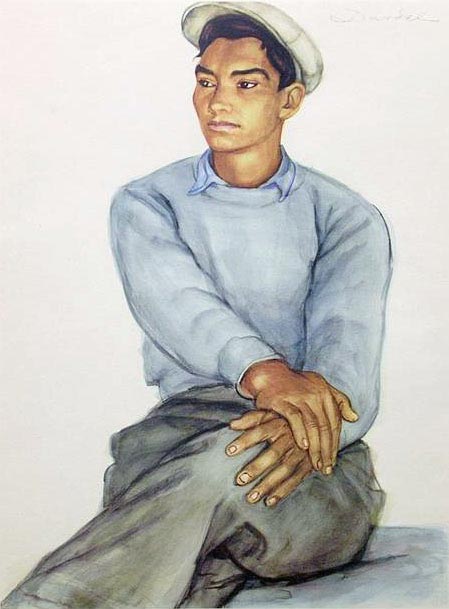 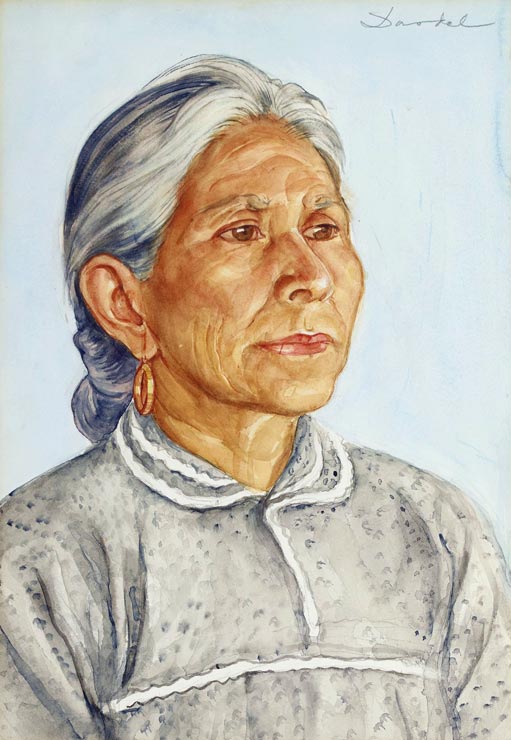 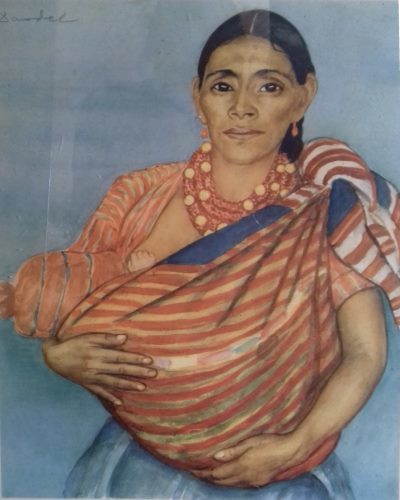 Dardel was traveling with Swedish writer Edita Morris, the love of his life, and the couple also visited Central America including Guatemala.

Nils Elias Kristofer von Dardel, who took to calling himself simply Nils Dardel, was born on 25 October 1888 in Bettna, Sweden, and died of a heart attack in New York on 25 May 1943.

Dardel studied at the Stockholm Royal Academy of Arts from 1908 to 1910 and then spent many years living in Paris, working as a set designer for the Ballets Suédois and painting surrealist fantasies. In 1921, Dardel married a fellow Swedish artist: Baroness Thora Klinkowström. However, in the late 1930s Dardel fell in love with Edita Toll Morris, a beautiful, married, Swedish-born author. The new couple soon moved to New York and over the course of the next two or three years they traveled to Central America and Mexico. Attempts to reconstruct their precise itinerary are hampered by the fact that, following Nils’ death in 1943, Edita asked their friends to destroy all correspondence (a not uncommon request at that time).

Mona Lang and her colleague Kurt Skoog at dynamofilm.com in Sweden, who are working on a documentary of Nils Dardel’s life and work, believe that Nils and Edita were in Mexico and Guatemala from 1940 onwards. The couple was living in Chapala in May 1941 and probably remained there until Christmas, with short visits elsewhere including to the Pacific coast resort of Acapulco. Nils was in poor health (he had heart problems from an early age) and one letter makes it clear that he found the local Chapala climate “perfect” for him.

In Chapala, Nils and Edita rented the Villa Monte Carlo and were especially pleased by the extensive grounds, writing that their garden was the largest and most beautiful in all of Chapala. Their cook was apparently a local women named Magdalena. While in Chapala, Dardel worked on paintings based on sketches he had made in Guatemala and elsewhere and is presumed to have also completed paintings of some individuals living in Chapala.

Nils and Edita were guests at the wedding in Ajijic in October 1941 of Sarah Hunt Shearer and David Holbrook Kennedy, who painted the earliest known mural at Lake Chapala. Also present at the ceremony and reception which followed were David’s two sisters: the food writer Mary Frances Kennedy Fisher, and author Norah Oliver Kennedy, who wrote several stories while in Mexico for submission to The New Yorker; Nigel Stansbury-Millett and his father, Harry Millett; Mr and Mrs Francisco Nicolau of Guadalajara and their son Sergio; Mr and Mrs Casimiro Ramírez and two children; and the Honorable Mr Maurice Stafford (US Consul).

Not long after spending the summer of 1942 in the Hotel Belmar in Mazatlán, Dardel and Edita returned to New York where an exhibition of his Mexican and Guatemalan paintings was held at The Architectural League of New York, prior to being sent on tour to various U.S. cities. Even after Nils died in New York (on 25 May 1943 at the artist hotel The Beaux Arts on 44th Street), the tour continued, though it was now referred to as a Memorial Exhibition.

A reviewer in Philadelphia, where the exhibit opened in October at the American Swedish Historical Museum, wrote that,

“Here are some of the fruits of the artist’s recent two year stay in Mexico and Central America, and water-color specialists will discover in his large paintings of native Latin-American types an amazing skill in execution and a deep knowledge of the medium’s use, especially in covering large areas.

The artist’s fantasies in oil however indicate more potently his inventive and imaginative powers. In these he has utilized certain Peruvian and Ecuadorian decorative themes in the presentation of such episodes as David and Goliath and the Biblical swine possessed by devils; “The Fishermen,” “Head-Hunters’ Breakfast,” and “Head-Hunters’ Afternoon”….

Card-players will take special delight in his treatment of “The Heart Family and “Queen of Diamonds” while “Adoration,” with its humorous skeletons of men and animals will set beholders to wondering about the alliance of subject matter and title. All these fantasies present something enchanting and decidedly refreshing in art…”

After the exhibition tour of U.S. cities was complete, Dardel’s paintings were returned to Sweden and went on show in Stockholm. There, his art met with a lukewarm reception from most art critics but was adored by the Swedish public. In 1946-1947, the exhibition traveled all over Sweden, always attracting big crowds. Reproductions of his portraits were produced for many years and sold well. They can regularly be found on Ebay and similar online auction sites.

Nils Dardel’s wonderful original paintings can be seen in museums in several European cities, including Stockholm, Göteborg, Malmö, Oslo and Hamburg. His surrealist works command very high prices and his painting entitled “Waterfall”, which sold in 2012 for $3.7 million, was the record price ever paid at auction for a work by a Swedish artist.

To see more of Dardel’s work, including examples of his surrealist paintings, see Nils Dardel page on dardel.info.com.

2 Responses to “Art Mystery: Whose portraits were painted by Swedish artist Nils Dardel when he visited Chapala in about 1941?”