Newcomers to the village of Ajijic will not necessarily have heard of Zara Alexeyewa, (known popularly as “La Rusa” – “The Russian”), one of the village’s most distinguished long-term foreign residents, and one still remembered affectionately by the entire community, Mexican and non-Mexican. Everyone who knew her has their favorite anecdote about this iron-willed lady who would gallop her horse through the narrow streets, hooves clattering on the cobblestones, cloak billowing in the wind.

When La Nueva Posada opened in 1990, its dining room was named “La Rusa” in honor of Zara, who had passed away the previous year at the age of 92. Zara’s incomparable contribution to Ajijic life over more than sixty years was focused on the welfare of children and the conservation of Lake Chapala.

Zara Alexeyewa Khyva St. Albans (her formal name in Mexico) lived out a very full and dramatic life – from the moment she set foot on the stage on Broadway as a teenager, until her eventual death in Ajijic in 1989. Objectivity was not, however, always one of her strong points, and piecing together the truth behind the legend can be difficult. In her enthralling autobiographical book, Quilocho and the Dancing Stars, which certainly contains fiction alongside fact, Zara weaves some wonderful tales about her ballet career interspersed with an account of the life of a Mexican friend and supporter, Enrique Retolaza, who (according to the book) had been the youngest officer of Pancho Villa.

In reality, Zara was no more Russian than most native New Yorkers, having been born in that city in 1896. After making an early impression as an actress on the New York stage, twice being featured on the cover of the Dramatic Mirror, and playing lead roles in several Shakespearean productions (as Juliet, Portia, and Ophelia among others), she decided, in the wake of the Great War, to go to Europe. She had attended dancing classes from age six, and in Europe she began a new career as a ballerina. She performed her own ballet, “The Red Terror”, based on a poem by Leonid Andreyev, with a musical arrangement which had been worked on by her mother, organist Charlotte Welles. 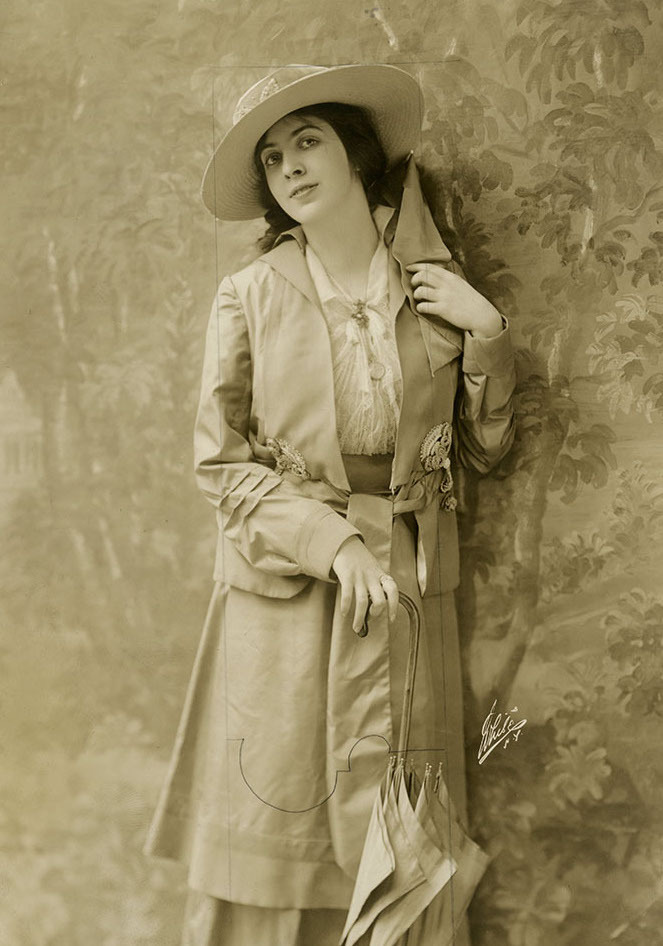 While in Europe, Zara met a young Danish dancer, Holger Mehner, and the two remained inseparable dancing partners until his untimely death in Guadalajara in 1944. Zara and Holger gave numerous performances of “The Red Terror” around the world, playing to packed houses in Europe, South America, the U.S., and in Mexico.

In 1926-27, they were engaged by the Philadelphia Opera Company as directors of ballet, and presented an unusual Egyptian ballet, called AIDA. They also choreographed and performed “The Black Swan and the White Lilly”.

While contemporary newspaper accounts speak of “the two geniuses of Dance of the ex-Court of Russia”, “dancers of the imperial court of Nicolas II and of King Constantine of Greece”, and the like, it is probable that the nearest either dancer got to those places was Budapest in Hungary, where they gave one of their many standing-room-only performances.

They first performed in the Degollado Theatre in Guadalajara in January 1925, by which time they had decided to take a prolonged vacation at Lake Chapala, living initially at the Villa Reynera in Chapala. In about 1940, they moved to Ajijic. 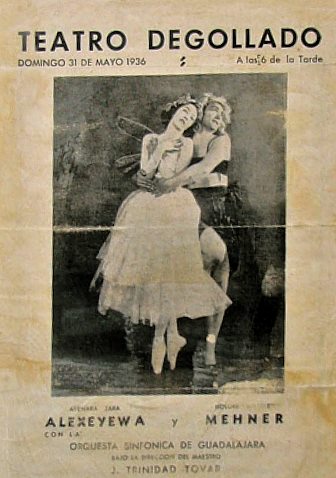 Zara seems always to have had the knack of leaving indelible first impressions on people she met.

The American artist Everett Gee Jackson, who resided in Chapala for several years in the 1920s, in Burros and Paintbrushes, his entertaining account of his time in Mexico wrote that, when he and his friend Lowelito first arrived in Chapala, they “did not see any other Americans. The two Russians who lived in the house with the bats were the only other non-Mexicans in the village, as far as we knew.” These two “Russians” were, of course, Zara and Holger.

Not long afterwards, Jackson had a much closer encounter with Zara:

“I set up my easel… because the place was… mysterious and magical… with the lazy hogs asleep in the shadows. I was lost in what I was doing, but, suddenly, to my surprise, all the hogs began to shuffle to their feet and move off the road… grunting ferociously. Then I heard a sound like thunder behind me. But it was not thunder. It was that Russian woman riding at full gallop on a dark horse, and she was coming right at me. She knocked my easel over but missed me… She never slowed down but kept galloping at full speed down the road.”

Another of Ajijic’s marvelous characters, Iona Kupiec, who lived for decades in the village, also remembered her first meeting with Zara. Iona was staying in the Posada Ajijic in 1962, having only just arrived in the village. The next morning, she met Zara:

“While I was standing there entranced with the loveliness of everything, what should I see suddenly appearing in front of me from around a bend in the road but a beautiful woman wearing a big red velvet, gold-embroidered charro sombrero with a red, satin, high-necked Russian blouse with a gold dragon embroidered on it from the belt up to the collar, black culottes, with red leather boots, riding a black satin horse which reared up on its hind legs when she suddenly tightened the reins. I was stunned!”

Iona agreed to rent a cottage from Zara. In order to sign the contract, she followed Zara (still on her horse) “through more than a thousand square feet of garden, with glorious eucalyptus trees standing like stately monarchs, countless other fruit and flowering trees, and vast blooms from all kinds of bushes and shrubs – so much color and beauty, and even cool perfumed air!”

Zara’s house was full of mementos from her theater and ballet days, full length oils portraying her and her “brother”, Holger, in their dancing costumes, gilded-framed portraits from her New York theater appearances, photographs, figurines, books, “a veritable art museum in one, very large, elegantly furnished, parlor”.

Zara’s energies were undiminished as she approached her eighties and she insisted on reviving her ballet career for several performances, including a memorable farewell show in the Degollado Theater in Guadalajara.

She also continued to ride daily until well into her eighties, and was a popular and much-loved figure as, astride her horse, she rode through the streets of Ajijic. This remarkable woman, perhaps the only person ever to reach stardom as an actress under one name (Khyva St. Albans) and as a dancer under another (Ayenara Zara Alexeyewa) is one of the more extraordinary characters ever to have lived in Ajijic.

This post is a lightly edited version of my article about Zara, originally published in The Chapala Riviera Guide in 1990. It is no coincidence that a photo of the Villa Reynera, where Zara first stayed in 1924, appears on the front cover of my Lake Chapala through the Ages, an anthology of travelers’ tales.

This article could never have been written (back in 1990) without the help of long-time Ajijic residents Laura Bateman and Iona Kupiec, both of whom have since passed on to a higher world.