Eugenio Reynaldo Quesada, usually known simply as “Gene”, was born in Wickenburg, Arizona, on 24 May 1927. He was born into one of the town’s pioneer families, the grandson of Teodoro Mazon Ocampo and Mariana Rodriguez Ocampo, who settled in Wickenburg, about sixty kilometers northwest of Phoenix, in 1860. 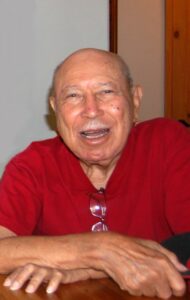 Quesada graduated from Wickenburg High School in 1945 and then served in the U.S. Navy. After the war, he attended Arizona State University (ASU), from where he graduated with a B.A. degree in May 1952. He continued his art studies in California and New York. In 1951, he was one of several artists who worked with French-born Mexican muralist Jean Charlot on the fresco “Man’s Wisdom Subdues the Aggressive Forces of Nature” in the ASU Administration building.

Early in his career, Quesada found inspiration in the oversized work of other Mexican muralists, including Jose Clemente Orozco and Diego Rivera. He went on to paint several murals of his own in Mexico between 1963 and 1970, but is better known today for his exquisitely executed charcoal portraits, often of children, ink sketches and small paintings.

He lived in Guadalajara and Ajijic for six years in the 1960s, a key period in his artistic development. In the words of his obituary:

“This long residence in Mexico flavored the stuttering lines, torsos and oblique forms that became the core of Quesada’s body of work. His work deals in the barest essentials in defining his subjects. Texture and color used to define form, rather than specific objects make his paintings appear larger than they are. His drawings suggest brief, but very effective visual statements.”

When he returned to Arizona, Quesada left several small paintings of Ajijic children with the Crump family in Ajijic. The family also owns Quesada’s portrait of Carlos Espíritu which dates from the 1960s. Espíritu was a well-known guitarist who resided in Ajijic and taught guitar for several years. 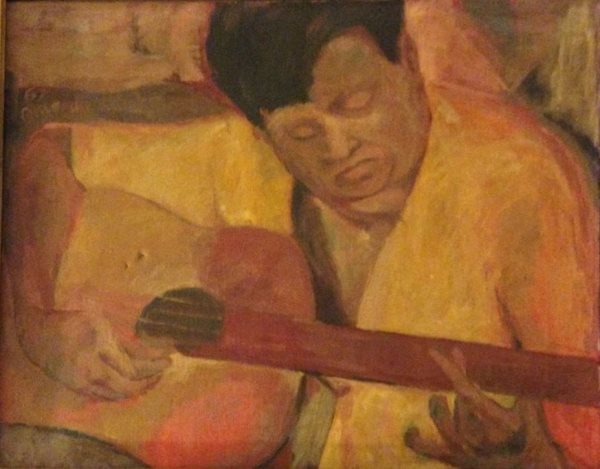 Quesada held his first solo show of paintings in March 1968, at the Casa de Cultura in Guadalajara. It was very well attended. His three sisters from Phoenix flew down for the opening and other guests included fellow artists Peter Huf and his wife Eunice Hunt, as well as Booth and Sue Waterbury, the then managers of Posada Ajijic. 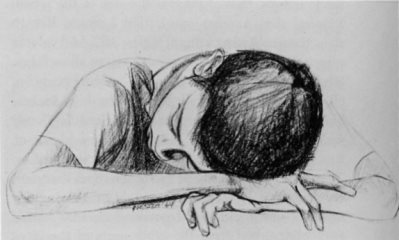 After his years in Mexico, Quesada taught art at Glendale Community College and was professor of fine arts at Arizona State University in Tempe, Arizona, until his retirement in 1989. Following his retirement, he and his siblings established the Jose Franco and Francisca Ocampo Quesada Research Award Endowment at ASU which funds student research that increases the understanding of the Hispanic community. 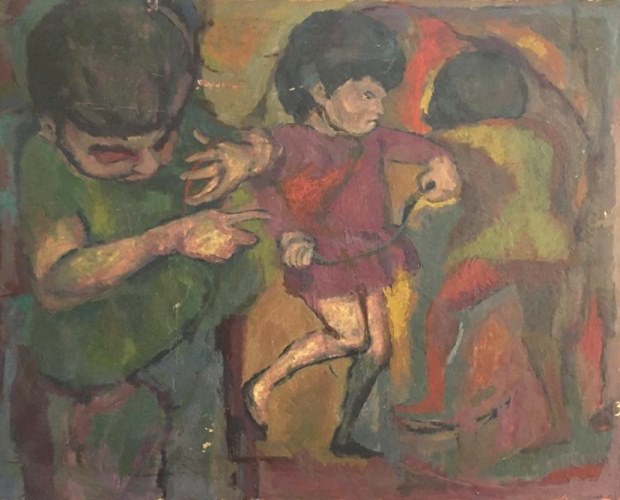 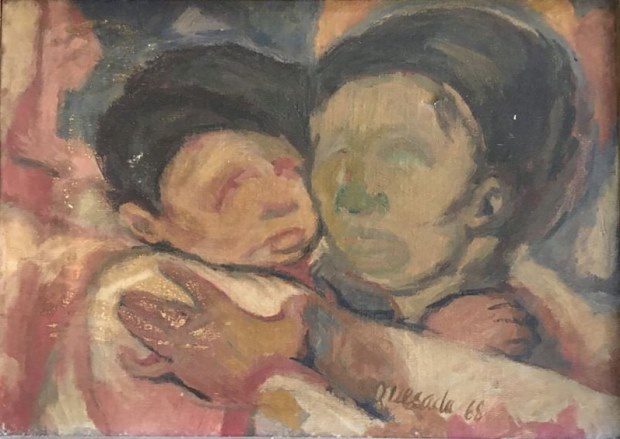 A major retrospective of Quesada’s work was held in 2010, entitled “Figurative Impressions by Eugene Quesada, 50 Years: Paintings, Prints, and Drawings – a tribute to the Mexican American Artist”. It opened in San Diego, California, in August of that year.

The following year, on 31 December 2011, following a long illness, Eugenio Quesada passed away in his native Wickenburg. Many of Quesada’s papers are now housed in the Arizona State University Libraries Chicano Research Collection.

These two short YouTube videos feature many examples of his art: