Among those active in the Lakeside Little Theater twenty-plus years ago was Norman Schnall (1923-2003) who moved to Ajijic with his wife, Claire, in 1998.

Schnall was born in the Bronx, New York (of Russian and Austrian parents) on 5 December 1923. He was a good friend of Beat authors Jack Kerouac and Allen Ginsburg, and is the basis for the character “Normie Krall” in Kerouac’s masterwork, Visions of Cody (1973).

Schnall studied at the Actors Studio in New York in the 1950s under Lee Strasberg and appeared in several Broadway plays including The Wedding Breakfast, Sound of Hunting and Anna Christie. He became a devotee of the method school of acting, and later taught method acting in Lakeside, California. 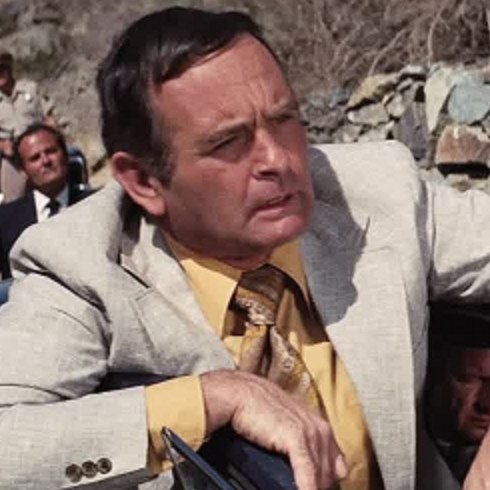 His first film role was a minor part in Fright (1956). He appeared in over 40 movies and dozens of television programs during the 1960s and 1970s. Perhaps his best known role on screen was as the villain Felix Leiter in the James Bond movie Diamonds Are Forever. Movie trivia buffs will know that Schnall played the gorilla Hunt Leader in the science fiction film Planet of the Apes.

After retiring, Schnall and his wife lived for some time in Prescott, Arizona, before moving to Ajijic.

Schnall was also reputed to be a fine artist and painter, though I have not yet seen any of his work.

In November 2003, Schnall was killed in an auto accident in the U.S. while on his way back to his home in Ajijic.

Comments, corrections or additional material related to any of the writers and artists featured in our series of mini-bios are welcomes. Please email us or use the comments feature at the bottom of individual posts.