The artist Sid Sklar exhibited at Lake Chapala in April 1989. He and his wife, Trudy, lived for several years in Chapala and Ajijic. The images show two very different works by this artist. I have been unable to pin down any biographical details about Sid Sklar, so I’m hoping that some alert reader will supply me with more clues about his  life and work.

Sklar’s 1989 exhibit was at the Art Studio Gallery in San Antonio Tlayacapan, a gallery run by Luisa Julian de Arechiga and her husband. The brief note about the exhibit suggests that Sklar lived in Guadalajara. 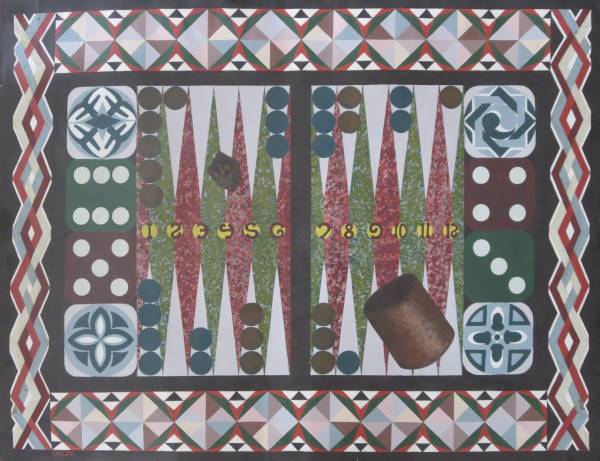 I have found only tiny snippets of information related to Sid (presumably Sidney) Sklar, though am unable to say whether or not they necessarily refer to the same person. There are three or four people in the U.S. who would have been about the right age at the time, living in several different states.

[Note that there is also another Sid Sklar who was also an artist; he was a visually-impaired artist who was one of the first people in the world to have a successful cornea transplant (in the early 1940s). That Sid Sklar started painting watercolors in the 1990s, following a terrible accident when he was hit at a toll booth by a hit-and-run driver. His extraordinary story has been told by journalist Beverly Antel.] 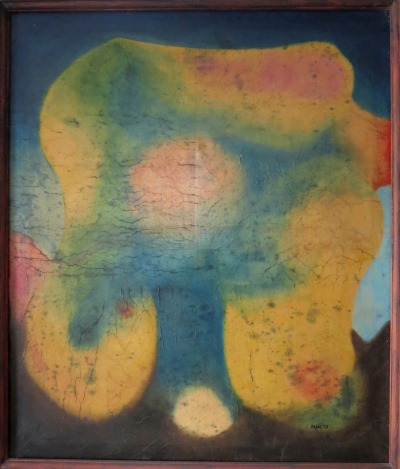 The first of the two Sidney Sklar references that may refer to the right person comes from Baltimore in 1976, where a review of a show of works by members of Artists Equity at the Turner Auditorium Gallery of the Johns Hopkins Medical School included “Midsummer”, in which “Sidney Sklar exhibits masterful control over batik.”

The second reference comes from Ottawa, Canada, in 1981. A display ad for a new collection of jewelry on sale at The Bay (Hudson’s Bay Company) in Ottawa lists a Sid Sklar among the designers of the “The Signature Collection by Universe International.”

Sid and Trudy Sklar left Lake Chapala and moved to Spokane, Washington, to be closer to their family. The Sidney David Sklar, born in Wisconsin in 1924, who died in Spokane in 2015, may have been the artist in question. That Sidney Sklar was 6’1″ tall and had three siblings: Rose, Benjamin and Shirley.

My thanks to Ricardo Santana for bringing Sid Sklar to my attention and for his kind permission to reproduce the images used in this post. My thanks also to readers who have sent comments helping to improve this post, especially to Arq. Sotirios Lambros.