His grandfather was the architect Guillermo de Alba (1874-1935). Between 1895 and 1920, de Alba designed numerous fine buildings in Chapala, including the Hotel Palmera (part of which is now the Presidencia Municipal) in 1907, several private residences, and the iconic Chapala Railroad Station (now the Instituto Cultural González Gallo), completed in 1920. He also completed numerous commissions in Guadalajara, including the city’s first high-rise hotel, the Hotel Fenix (1912), and several fine homes for the city’s elite.

In 1900, Guillermo de Alba married Maclovia (“Cova”) Cañedo y González Hermosillo. The couple’s only daughter, Guillermina (“Mina”) de Alba y Cañedo (Martín Casillas’ mother), was born in Guadalajara on 9 January 1902. She married José Luis Casillas y Cruz in Chapala in 1933. Their civil ceremony was held aboard a boat, Bremen, in the middle of the lake.

Mina and José Luis had three children, including architect Andrés Casillas de Alba (who clearly inherited his grandfather’s genes and won the Premio Jalisco Arquitectura, 2017) and author and publisher Martín Luis Casillas de Alba, who was born in Mexico City in 1941. 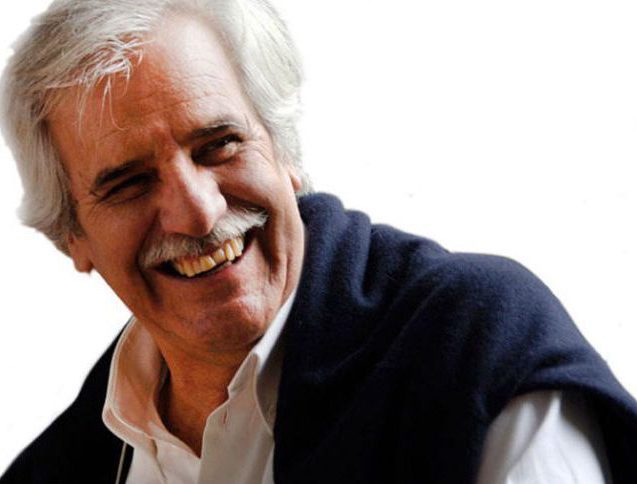 Martín Casillas completed his high school education in Colegio Cervantes Costa Rica (despite its name, a Marist school in Guadalajara) and then studied chemical engineering at ITESO, the Jesuit university in Guadalajara. He admitted later in life that he had chosen the wrong subject for his degree and should have chosen to study English literature. He graduated in 1963 and then took postgraduate courses in applied mathematics at the University of Freiburg, Germany (1964-65).

After returning to Mexico he worked for IBM de México for 12 years as head of public relations and assistant to the company’s president. In 1974, Casillas was the founding editor of Nonotza, the in-house magazine of IBM de México. Nonotza, published until 1994, was a quarterly magazine disseminating the latest scientific, technological and cultural developments. Casillas relinquished his editorship in 1976 to pursue other interests.

In 1976, Casillas took a storytelling workshop with innovative Guatemalan writer Augusto Monterroso (1921-2003) who was born in Honduras but lived most of his adult life in exile in Mexico City.

Casillas returned to the world of scientific publishing in 1978 when he was made editorial director for Ciencia y Desarrollo, the magazine of Conacyt, the National Science and Technology Council, a post he retained until 1980.

In 1980, Casillas founded his own publishing company, Martín Casillas Editores. Within the next five years he published more than 100 titles of Mexican literature. In 1986, he began publishing La Plaza and El Inversionista. La Plaza, published in Guadalajara, was a literary and cultural monthly subtitled “Crónicas de la Vida Cultural de Guadalajara.” One of the many fascinating articles in this sadly short-lived publication was a transcription by Martín Casillas of his mother’s account of her own wedding. In the previous issue, Casillas’ sister, Mina Casillas, had reviewed the Posada Ajijic.

El Inversionista was a Mexico City business publication. In 1988, Casillas was one of the founders of the national financial daily El Economista; he began a regular column, “Juego de espejos”, and remained the paper’s managing editor until May 1994.

In the next decade he focused on writing several books, starting with La Villa de Chapala (1895-1933), published in 1994, a non-fiction account of some of the personalities and stories associated with Chapala’s transformation into a tourist destination. Much of the same material was incorporated into his later work, ¡Salvemos a Chapala! (2004).

In 1995 he published his first novel, Confesiones de Maclovia (Confessions of Maclovia). Inspired by the life of his grandmother, Cova, this was planned as the first book in a trilogy related to Lake Chapala. The second volume in the proposed trilogy was released in 2002. In Las batallas del general, Casillas spins a fictionalized account of the life, loves and actions of General Ramón Corona. Corona was born in Puruagua, near Tuxcueca on the south shore of the lake, and was governor of the state of Jalisco at the time of his assassination in 1889. The final volume in the trilogy, which was never published, was provisionally entitled Los invitados de honor and was to be based on the events surrounding the gala opening of the Chapala railroad station (designed by the author’s grandfather) on 8 April 1920.

In 2008, after taking a workshop in England with Richard Olivier, the son of famous British actor Sir Laurence Olivier, about Transformational Leadership (based on Shakespeare’s The Tempest), Casillas began teaching at ITAM (Instituto Tecnológico Autónomo de México), a private university with an outstanding business school and widely regarded as one of Mexico’s top “think tanks”. Casillas taught an Executive Development course there about leadership, based on lessons from Shakespeare. He has since given dozens of similar courses, workshops and lectures looking at the leadership lessons that can be learned from studying works such as Henry V, The Tempest and Julius Caesar. Casillas has also written, edited and published more than 40 works on Shakespeare and his plays.

In 2015, the Fondo de Cultura Económica (FCE), a Spanish language non-profit publishing group partly funded by the Mexican government, appointed Casillas as the head of its subsidiary in Spain.

We will take a closer look, in later posts, at the two Spanish language novels written by Martín Casillas de Alba that are related to Lake Chapala.