Jesus Acal Ilisaliturri (sometimes “Ilizaliturri”) was born in Guadalajara on 16 August 1856 and died in the city on 25 September 1902. Acal’s parents were Ignacio Acal Ilizaliturri and Josefa Ilizaliturri. Acal left school after secundaria and was a founding member of two literary circles: “La Aurora Literaria” and “La Bohemia Jalisciense.” 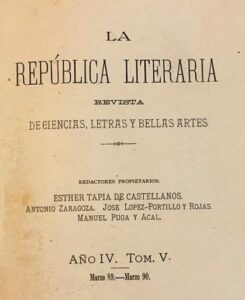 Acal, who married Magdalena Mejia, became a renowned poet, narrator, journalist and playwright. According to Gabriel Agraz García de Alba, Acal reached the summit of the bohemian poetry world of his time and was the peak exponent of that literary form.

This lengthy poem is more than 150 lines long in total. Some idea of its style is provided by this loose translation of an early section:

I come to seek your laughing beaches.
A roving pariah of no fixed abode, I walk
Without direction or path;
My only encouragement: a divine ideal,
And the starry vault, my awning.

A sanctuary on your beaches I guess
In the midst of severe storms;
In sympathy you will give me calm;
Because we are the two immensities:
You create immense loneliness. … and my soul
It also has immense solitude.

A play of Acal’s authorship, entitled “¿Qué quiere decir cristiano?” (“What does Christian mean?”) was performed at the Teatro Alarcón (now known as the Teatro Degollado) in Guadalajara on 31 August 1882. 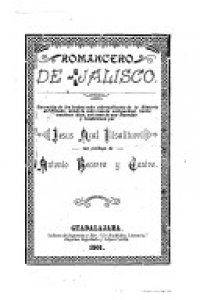 Acal was a professional poet, accepting paid commissions to write poetry on any topic and for any occasion. By 1894, after the demise of La República Literaria, Acal directed La Mariposa, a publication where all the contents, even including advertisements and letters to the editor, were in verse.

In 1895, Acal, a liberal, was the secretary for the inaugural meeting of “Grupo Reformista y Constitucional Jalisciense,” a group of like-minded residents of Guadalajara. The provisional president at the meeting, held in the Hotel Humboldt, was Ing. Salvador Pérez Arce, who also had close connections to Chapala.