In researching the artists and authors associated with Lake Chapala, I now have a long list of enigmatic references to lesser known artists, whose life and work remain very much a mystery.

One of the more intriguing is a “Miss Trude Neuhaus,” a German artist, who, according to the New York Times of 1 Nov 1925, brought “an exhibition of paintings, water colors and drawings of Mexican types and scenery” to the Anderson Galleries in New York. The show at the Anderson Galleries ran from 3-14 November 1925. The pieces had previously been exhibited at the National Art Gallery in Mexico City, and the exhibition also included “Aztec figurines and pottery recently excavated by the artist in Chapala, Mexico”. (Note that collecting ancient artifacts as souvenirs and removing them from the country was a common practice at the time, albeit one that is now subject to legal provisions and generally frowned upon.)

The only background offered about Miss Neuhaus is that she had “studied under Burmester in Munich” (possibly Georg Burmester, 1864–1936) and was a portrait painter in Germany. According to the short piece in the New York Times, she planned to return to Germany “after exhibiting her work in the large cities of the United States”, in order “to make several portraits, for which she has commissions.”

This Trude Neuhaus painting dates from 1919, before she visited Mexico. 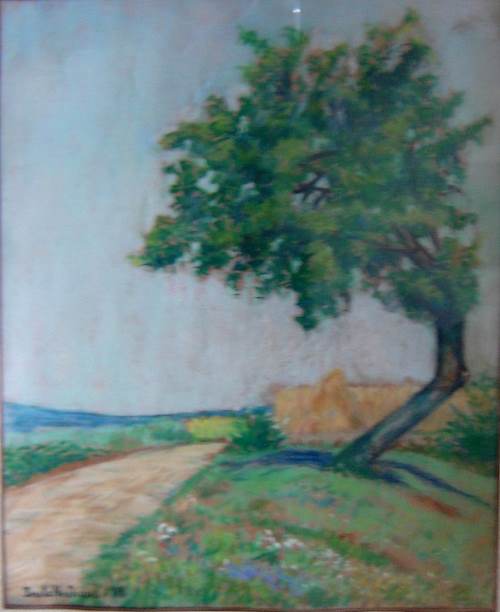 A few more details have surfaced over the past few years about Trude Neuhaus, but none that explains why she visited Chapala.

According to U.S. immigration records, Neuhaus was born in early 1899 in Gottingen, Germany, and was 26 years and 7 months of age when she entered the U.S. for the exhibition in New York. The exhibit followed a stay of 14 months in Mexico from summer 1924 to September 1925, which means she was in Chapala shortly after D. H. Lawrence was there, and at exactly the same time as artist Everett Gee Jackson was living in the lakeside village. 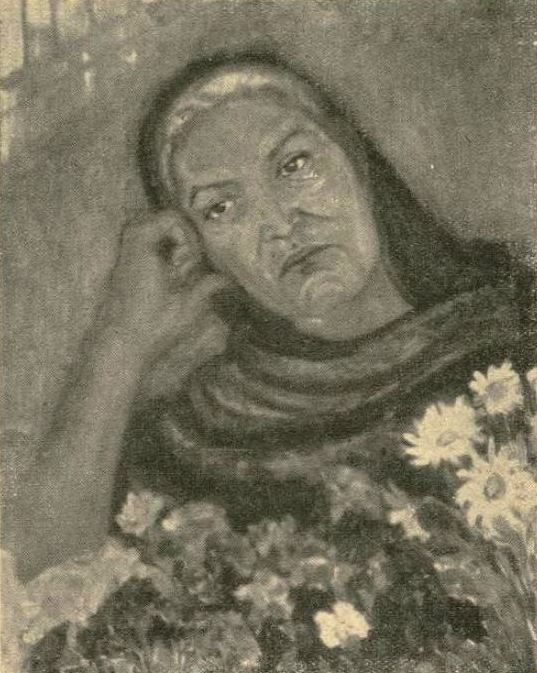 No details have yet emerged of her exhibition at the National Art Gallery in Mexico City. However, after New York, “the young and already renowned artist” returned to Germany and showed her drawings, paintings and collection of artifacts at the Kunstgewerbemuseum (Museum of Decorative Arts) in Berlin in February 1925. A reviewer of the show described Miss Neuhaus as “an enthusiastic admirer” of Mexico, who “has dedicated her brush to reproducing popular types and customs of that country,” ranging from beggars and young people on the street to “a little Indian girl with a sad expression,” potters in their workshops and florists from Xochimilco. 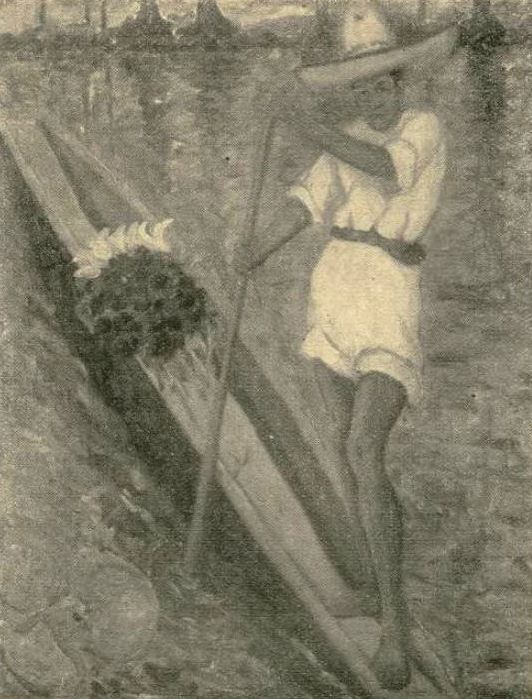 The watercolors in the show that attracted attention included paintings of “the picturesque streets of Aguascalientes and Zacatlán and a sunset by the sea.” The mention of Zacatlán (in the state of Puebla), which is rarely visited even today by tourists, is especially interesting and suggests that Trude Neuhaus was a very adventurous young lady.

In addition to her artwork, the Berlin exhibit included the objects Neuhaus had found at Chapala and elsewhere as well as “some samples of the artistic industries that currently exist in Mexico, such as yarns, fabrics and ceramics made by Galán [sic], the famous potter from Tlaquepaque.” This is likely to refer to Armando Galván Rodríguez, born in 1898, who was recognized as a preeminent potter in Tonalá.

The artist was accompanied by her mother, Toni Neuhaus, to the opening of the show, which attracted numerous German and Mexican dignitaries.

Only one month after the show in Berlin, Trude Neuhaus was on her way back to Mexico, this time as a married woman, the wife of Rudolf (Rodolfo) May. May was born on 17 June 1894 in Nuremberg, Germany, and served in a Germany artillery unit during the first world war. By the mid-1920s, he was living in Mexico City. While May was not in New York at the time of Neuhaus’ show there, he passed through the city en route to Germany at the end of November 1925.

In March 1926, the newly married couple returned to Mexico from Hamburg on board the SS Rio Bravo. The ship’s manifest lists them as Rudolf May, a merchant aged 32, and Trude May, aged 30. (Trude would actually have been 27 years old according to the US immigration document referred to earlier.)

A decade later, “Trude Neuhaus-May” was the co-applicant with Angel M. Diez for a patent and trade-mark for a “mechanism for veering the headlamps of automobiles”. This patent was granted in Mexico in 1936 and in the U.S. two years later.

Both Rodolfo and Trude became naturalized Mexican citizens at some point prior to when Rodolfo visited Germany for several weeks in 1937-1938. Rodolfo (unaccompanied by his wife) entered the U.S. on his way to Europe on 23 November 1937 and landed at New York on his return on 4 February 1938.

In May 1955, and again in May 1959, Rodolfo and Trude took an Air France flight from Mexico City to New York; it is unclear if New York was their final destination or whether they were in transit to Europe. These flights list the address of their Mexico City residence as Amores #211 (Colonia del Valle).

Among the many questions still unanswered is whether or not Trude Neuhaus continued her art career after she married and returned to live in Mexico—the only known works of this artist all date back to before her exhibitions in 1925 and 1926.

The only auction record for Trude Neuhaus is for a painting entitled “Indian mother and child” (date unknown) which sold in the U.S. in 1984 for $500.

Can anyone help fill in some of the blanks about this “mystery artist”? If so, please get in touch!

4 Responses to “Why did German artist Trude Neuhaus visit Lake Chapala in the 1920s?”