From there, according to the newspaper report, “A launch trip brought them to Ajijic, where they stayed in the Virrein[a]l Hotel a 17th century building steeped in old Spanish atmosphere.” The only hotels of note operating in Ajijic in 1946 were Posada Ajijic and Quinta Mi Retiro. There was, however, a hotel named the Virreinal in Guadalajara, which probably accounts for the mix-up.

This 1946 account is the earliest record of an organized art class visit to Ajijic. There had been art students living and working independently in Ajijic previously, the earliest and best-known being Lowell Houser (1902-1971) and Everett Gee Jackson (1900-1995), who spent several months in Ajijic in 1926, between extended stays in Chapala.

After Ajijic, the El Paso group traveled to Mexico City and Taxco, where they met, by chance, fellow US students at the Hotel Victoria studying at the International School of Art with renowned Guatemalan-born artist Carlos Mérida.

The International School of Art was overseen by Elma Pratt, who had designed a stunning silkscreen of Chapala, and brought students to Guadalajara a few years earlier. Carlos Mérida later assisted Irma Jonas, when she organized a summer Mexican Art Workshop in Ajijic from 1947 to 1949 inclusive.

Vera Wise (1892-1978) was an artist, lithographer, painter and watercolorist who taught art and chaired the art department at the Texas College of Mines (subsequently Texas Western College, subsequently the University of Texas at El Paso) from 1939 to 1962. 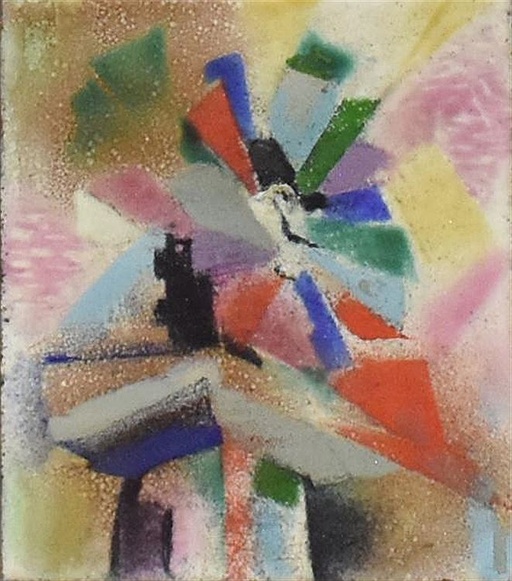 Born in Iola, Kansas on 26 July 1892, Wise grew up in Sunnyside, Washington. After graduating from high school, Wise gained a bachelor’s degree of art in 1920 from Willamette University in Salem, Oregon, and then taught for a few years at high schools in Washington and Montana. Wise then moved to Chicago, where she studied at the Chicago Academy of Fine Arts and became a designer (1925-1929) in the interior decoration department of Marshall Field and Company. In 1929, Wise moved to Kansas City, Missouri to work for the Robert Keith Company (1929-1938) and Bradley Studios (1938-1939).

When Wise moved to teach at the Texas College of Mines in 1939, she began by teaching design and decoration before offering painting courses alongside art history and other art classes. 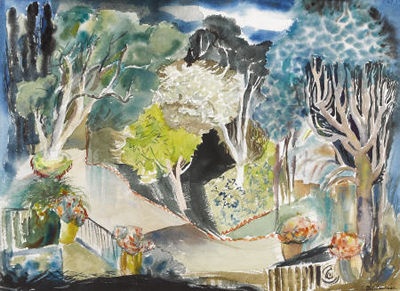 Also on the faculty at the Texas School of Mines was Catalan-born sculptor, painter and art educator Urbici Soler (1890–1953), who had been married (briefly) to painter Betty Binkley (1914-1978). After the marriage ended, Binkley lived and painted at Lake Chapala.

Another close friend of Soler—artist Hari Kidd (1899-1964)—was also at Lake Chapala at that time. It was at Lake Chapala that Kidd met and fell in love with (and later married) talented painter Edythe Wallach (1909-2001), who had held a solo show at the Villa Montecarlo in Chapala in November 1944. Together with English artist Muriel Lytton-Bernard, Kidd and Binkley were named in El Informador as founders of a “Chapala Art Center.” The center’s first exhibition, held at the Villa Montecarlo in December 1944, included works by all three artists, as well as works by the famous American surrealist Sylvia Fein, Ann Medalie, Otto Butterlin, Ernesto Linares (Lyn Butterlin), and Jaime López Bermúdez.

For her part, Wise exhibited her artwork regularly and held several solo exhibitions, most of them in Texas. Her work often portrayed the landscapes of the south-west US, with one art critic, Arthur Miller, professing that her watercolors expressed “a real love of the visible world.” She also exhibited at least once in Mexico, in a four-woman show in Mexico City in September 1950, alongside Polly Howerton, Alice Naylor and Helen Bilger. That exhibition was organized by the Departamento de Extensión Universitaria of the National University (UNAM) and was held in the Galeria Universitaria, in the vestibule of the National Library.

Works by Wise can be found in the permanent collections of Idaho State College, Texas Fine Arts Association, and Southern Methodist University.

Wise died in Stockton, California, on 6 June 1978. A Vera Wise Scholarship fund was established in her memory to be awarded annually to a promising art student.