John Lee (1931-2013) and his second wife, novelist Barbara Moore, spent a freelance year in Ajijic in 1962-63 and then returned for three months almost every summer for the next decade.

Lee was a prolific writer, photographer and educator who penned thousands of newspaper articles, several non-fiction books and a dozen novels, including two NY Times best-sellers, and a Book-of-the-Month Club choice. During the 1950s, his award-winning photographs were published in most of the major newspapers and magazines of the time. The portrait of Willard Marsh on the dust jacket of his novel Week with No Friday, set at Lake Chapala, was taken by Lee. 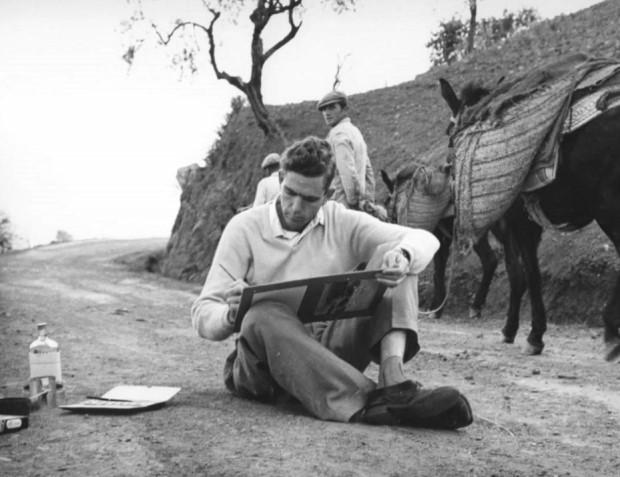 Lee and his wife thoroughly enjoyed their visits to Lake Chapala. In retirement, using the name Bestjonbon, he compiled several YouTube videos about his trips to Mexico, the most interesting of which, for our purposes, is Ajijic Artists 50 years ago, a video which includes photographs related to the life and work of the following authors and/or artists: Gina Dessart Hildreth, Willard Marsh, James Kelly, Tink Strother, Carlos López-Ruíz, Ernesto Linares [Ernesto Butterlin], Eric ____, a former USAF pilot, John Lee, and Barbara Moore.

Born in Oklahoma on 12 March 1931, Lee was raised and educated in Brownsville, Texas. After earning a B.A. at Texas Tech in 1952, he immediately began work as a journalist. While at Texas Tech, he married fellow student Jeane Womack; the couple had a daughter, but the marriage ended in 1956.

The following year, Lee married a fellow reporter, Barbara Moore, who later became a novelist. The couple lived in Spain for a year, and then worked in Denver and Ohio before moving to Mexico in 1962 to focus on writing fiction. Lee earned a masters in Journalism at West Virginia University with a thesis about English-language newspapers around the world. 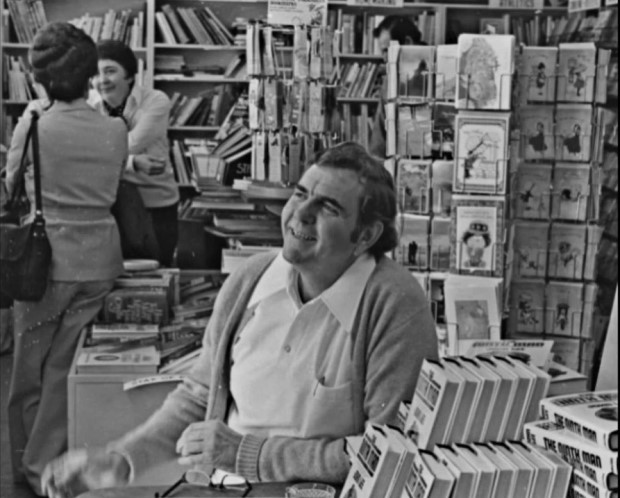 John Lee at a book-signing

Lee wrote or co-wrote several non-fiction books including two for journalism students: Feature Writing for Newspapers and Magazines (1988) and Modern Mass Media (1990). Both books enjoyed several editions, and the latter was translated into Spanish in 1993.

Earlier works include The Diplomatic Persuaders: New Role of the Mass Media in International Relations (1968); and (with wife Barbara Moore Lee) Monsters Among Us: Journey to the Unexplained (1975) and Learning to Judge the Doberman Pinscher (1982).

In The Ninth Man, his best-known book, a Nazi spy enters the White House and attempts to assassinate President Franklin D. Roosevelt.

Lee also used the pen names of “James Lake” for stories in men’s magazines and “Joy Beverlin” for two romance novels: Whisper the Wind (Createspace 2011) and Bells of San Blas, which was never published. In later life, Lee also dabbled in art, and held several one-man shows in Texas.

Following the death in 2002 of Barbara Moore, Lee married Shirley Miller in 2004. The couple lived on a ranch in Texas, painting, writing and raising racehorses, until Lee’s own death in 2013.