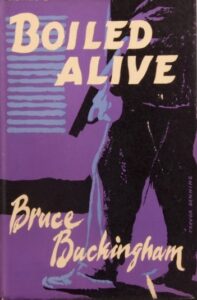 It is unclear how he and Peter Lilley first met, though they were very close in age.

Continuing the pen name Dane Chandos, the duo wrote two travelogues: Journey in the Sun (a trip from Mexico to Spain) and The Trade Wind Islands (which takes the reader from Mexico to several Caribbean islands).