In this post we focus on Jorge Fick. According to the biography of Fick submitted to askart.com by his widow, Judy Perlman, Fick attended a “Mexican Art school Ajijic, Guadalajara” in 1951.

Born George Fick in Detroit, Michigan, in 1932, Fick changed his first name to its Hispanic version—Jorge—following his time studying art in Ajijic in 1951 and in deference to Hispanic culture.

His decision to study at Black Mountain College immediately after Ajijic is especially interesting and may well have been prompted by one of his teachers in Mexico. The art workshops in Ajijic were led by local artist Ernesto Butterlin, ably assisted by “Nick” Muzenic. Alexander Nicolas Muzenic (1919-1976) had studied at Black Mountain College, under the legendary Josef Albers, from about 1945 to 1948 before moving to Ajijic. Albers and his wife, Anni, subsequently visited the village for a few days—to reconnect with their former student—and this may have coincided with Fick’s study visit. It is tempting to speculate that Muzenic, perhaps with help from Albers, persuaded Fick to attend Black Mountain College. 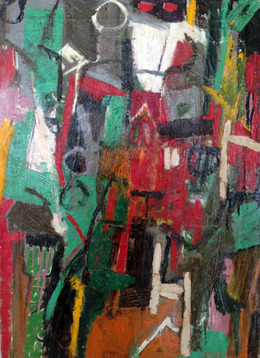 In 1953, Fick was staying in New York when he lent a suit to poet and author Dylan Thomas, who wore it three days before he died. The suit, later returned to Fick, is now proudly displayed in the Dylan Thomas Centre in Swansea, Wales. 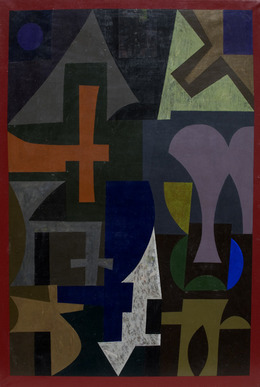 [Note: Fick’s attendance at a “Mexican Art school Ajijic, Guadalajara” in 1951 may not be quite right. Gerald van de Wiele, who accompanied his good friend Fick to Mexico in 1951, told me that Fick had not previously been in Ajijic, that they arrived in late November or early December 1951, and that their trip did not involve any formal art classes. There are no records of any winter art classes in Ajijic at that time.]