Jean McCrum Caragonne was born in Bradford, Pennsylvania, on 21 February 1906 and studied at Allegheny College, Pennsylvania. After taking courses in fashion design at the Cleveland Museum School of Fine Art in Ohio in the mid-1920s she moved to Boston to become a fashion illustrator. 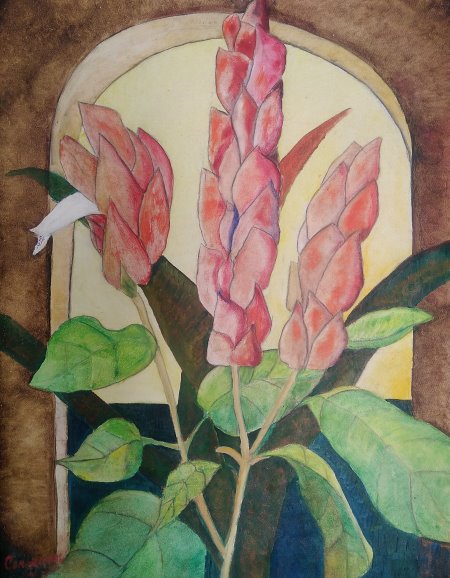 Her husband George (1891-1981), born in May 1891 was an accomplished portrait photographer. When the couple visited his family in Greece, Jean fell in love with the spectacular scenery and the colorful day-to-day life.

In 1948, the couple moved to Houston where George opened his own studio.

They made their first visit to Mexico in 1949, when they drove down to Mexico City. In between return visits to Greece, they returned for vacations in Mexico several times in the 1950s and 1960s. 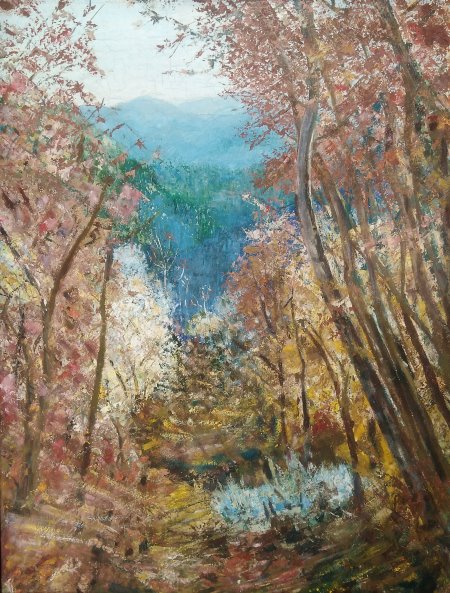 At age 58, Jean started taking classes towards a Masters in English Literature, and also took painting classes under George Shackleford and Bernard Lammie.

In 1967, shortly after George retired, the Caragonnes planned another trip to Mexico, intending to visit San Miguel de Allende where Jean had enrolled in Instituto Allende, the city’s fine arts school. Their plans changed when they reached Guadalajara and found a motel near Plaza del Sol.

According to the Guadalajara Reporter, while George “fills his time touring in his Rolls Royce and giving lectures on photography… Mrs Caragonne teaches English…”

The Caragonnes rented a home on Avenida Madero in Chapala in 1968. The view from there towards Cerro San Miguel, the hill that overlooks the town center, was the subject of Jean Caragonne’s first painting in Chapala. The painting was used many years later (1986) for an Amigos de Salud fund-raising greetings card. In 1970, Jean Caragonne was working on quilts and tapestry, as well as “beautifully composed and well drawn” paintings. Caragonne also made embroidered evening skirts, jackets and bags. 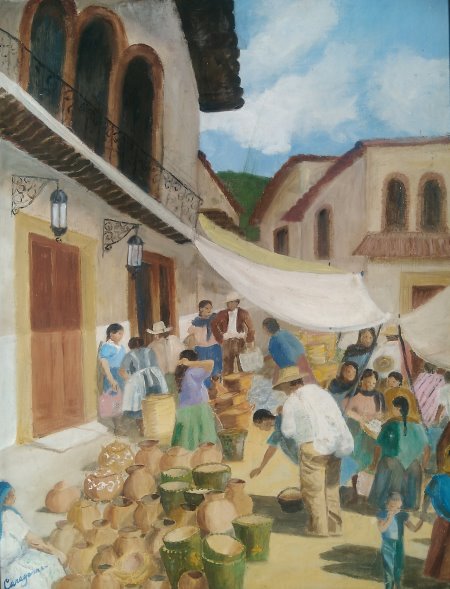 In 1971, the Caragonnes moved to Ajijic where they rented a house for several years before purchasing a studio-home on Calle Hidalgo. Jean Caragonne held at least five one-person shows in Ajijic. (If you are reading this and can supply details of dates and venues, then please get in touch.) 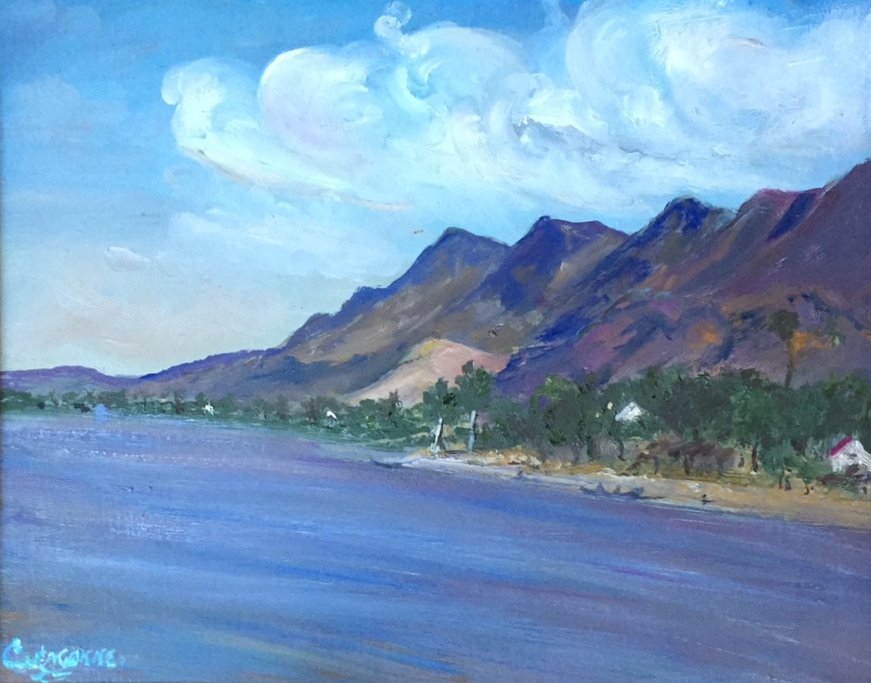 In February 1974, Caragonne’s latest paintings were included in a group show at La Galeria in Ajijic, alongside works by Jane Porter, Violet Wilkes and Allen Foster (the Galería’s president). 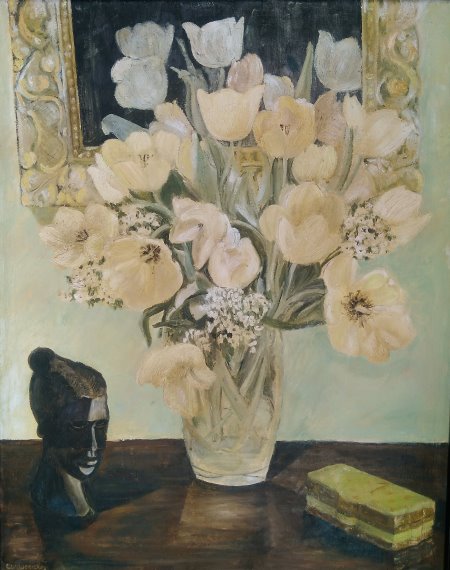 When interviewed in the 1980s, Caragonne claimed that there was more color in Mexico but better light in Greece. With the exception of the Lake Chapala panting, all artwork illustrating this profile were completed between 1982 and 1990.