Richard Wayne Frush, associated with Tucson, Arizona, and Taos, New Mexico, was born in Colorado on 17 February 1951. His parents, Donald W. and Virginia Frush, owned and operated the Trinidad Coca-Cola Bottling Company in that state for many years. Richard was one of four siblings.

Frush studied at the College of Santa Fe and graduated in Fine Arts from the University of New Mexico in 1974 before traveling to Madrid, Spain, to study at the University of Madrid. While in Madrid, he was chosen to paint a mural at the university and traveled extensively in Europe. 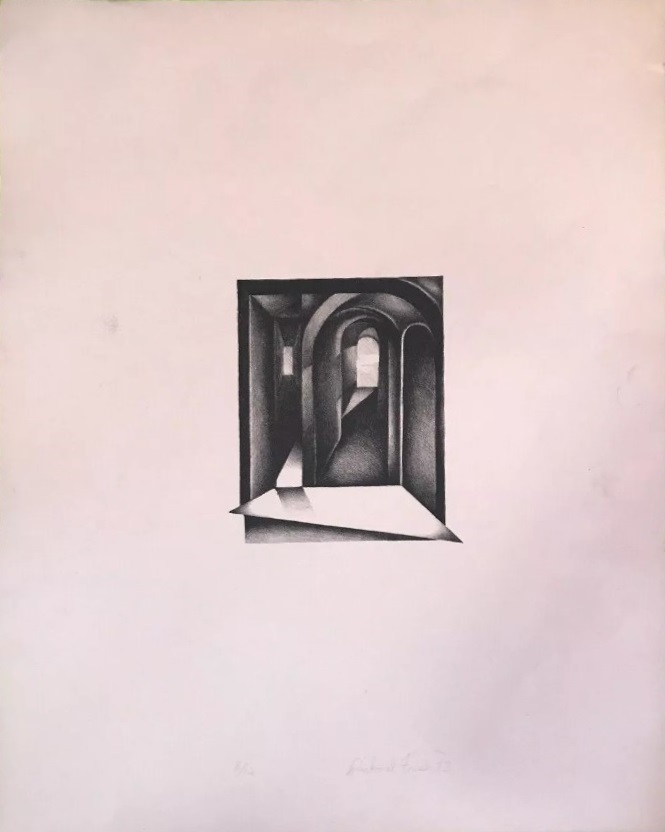 He returned to North America in about 1976. With Peter Holmes, a fellow student who had also taken classes at the University of New Mexico’s Tamarind Institute, Frush established the Arizona Origins Press in Tubac, Arizona, that year. One of their first commissions came from famous Taos-based Native American Navajo artist Rudolph Carl Gorman (1931-2005). About five years later, Frush established Origins Press Taos, a branch of the Tubac operation, better positioned to serve the growing demand from artists there. Frush’s partner in the Taos branch was Dave Trujillo.

Frush spent much of the time between establishing Arizona Origins Press and Origins Press Taos in Mexico, where he developed a love for Spanish and Mexican culture that had a strong influence on his later artwork. 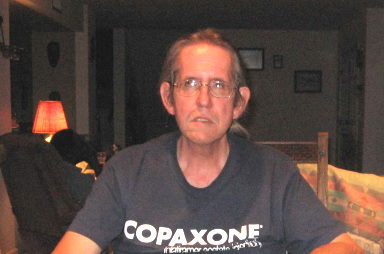 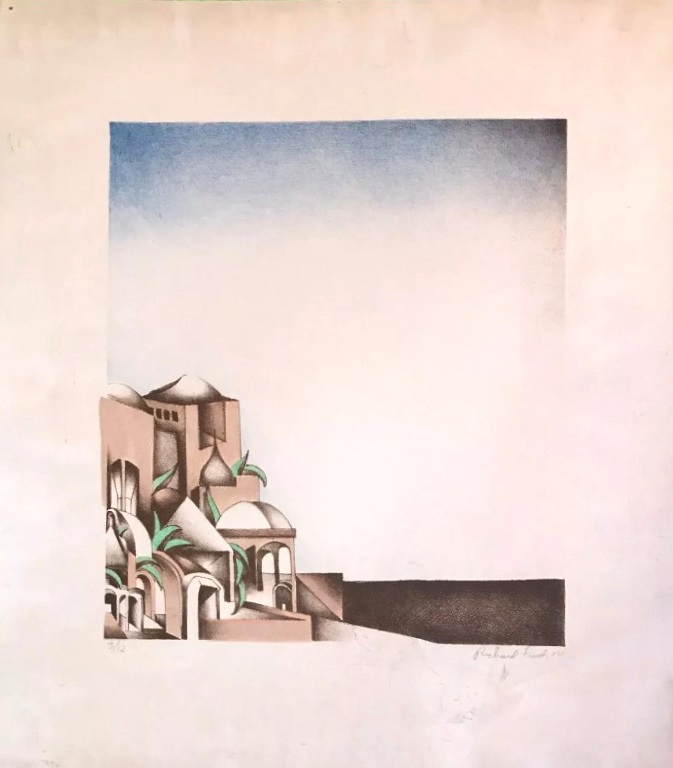 By 1977, two of the original members of Clique Ajijic had left: the previous year, Petterson had returned to the U.S. and Riestra left Ajijic for Tepoztlán (Morelos). Faloon and Schwartzman were still in Ajijic but are not listed as exhibiting in the Clique Ajijic auction of artwork that was held at Posada Ajijic in February 1977.

At the auction, sales of works by Richard Frush, Tod Karns, John Peterson, Gail Michel and Hubert Harmon raised $24,000 pesos, “of which 10% went to help children in treatment and training at the Hearing Improvement Center in Jocotepec.” The auctioneer was popular Posada Ajijic hotelier Morley Eager, who gave 10% of all the pesos paid for drinks to the same cause.

In December 1977, another art exhibit of Clique Ajijic work was presented at the Posada Ajijic. The advert for this exhibit stated that the Clique had 9 members, presumably still including Pettersen and Riestro who had left a year earlier.

After Ajijic, Frush returned to the U.S. where he established Origins Press Taos in about 1981. An account of the new lithography operation in the local press reported that, “To Frush lithography is the only way to go because of its versatility. Plates of limestone, marble or aluminum impart various textures to the work, while grease crayon or liquid emulsion allow a wide range of technique, from sharp accents to flat washes. The desired picture can be drawn or sprayed on with an air brush.”

In the early 1990s, Frush held a series of showings of his work at the Impressions II Gallery in Tucson, Arizona. A solo show “celebrating the Mexican heritage of the southwest in a muralist style filled with personal imagery by Richard Frush” opened there in September 1990. Frush’s work was included in a group show held in December 1992 at the gallery, a show that also featuring works by Jean Richardson, Richard Frush, Angus MacPherson, Kurt Tallis, A.C. Gorman and Steve Bergthold. In April 1993, Frush and Carol Steffgen held a two-person show of their oils and acrylics at the gallery,

If you have a painting or lithograph by Richard Frush, please get in touch! I’d  love to see more images of his work.

My thanks to Jeff Snow for bringing to my attention the listing on eBay in July 2019 of several works by Richard Frush.