The Clique Ajijic was a group of eight artists that existed as a loosely-organized collective in Ajijic for three or four years in the mid-1970s. Many of the photos of Clique Ajijic artists and their paintings were taken by John Frost, the artist-photographer who was a long-time resident of Jocotepec. The photo below (believed to be by Frost) shows several members of the Clique Ajijic, together with family and friends, at the opening of a show in Galería OM in Guadalajara in October 1975. 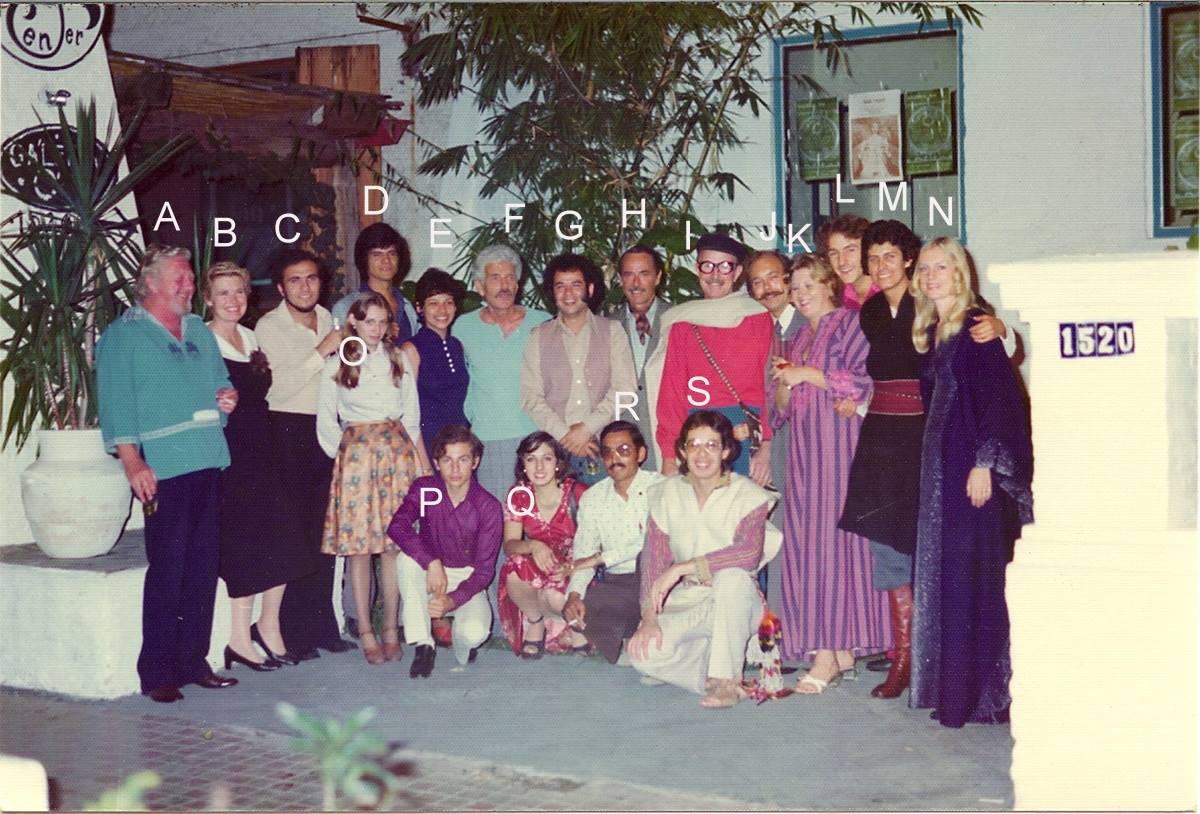 The Galería OM was co-owned by Enrique Lázaro and Alejandro Colunga.

If you can fill in any of the missing names, please get in touch.

2 Responses to “Photo of Clique Ajijic and friends, 1975”