Grupo 68 came to an end when the individual artists went their separate ways. Jack Rutherford returned to the USA in 1971, and later settled in Spain. Peter Paul Huf and his wife Eunice Hunt returned to Europe in 1972. The only member of Grupo 68 who remained in Ajijic was John K. Peterson, who subsequently joined with seven other artists – Sidney Schwartzman, Adolfo Riestra, Gail Michaels, Hubert Harmon, Synnove (Shaffer) Pettersen, Tom Faloon and Todd (“Rocky”) Karns – to form a new group known as The Clique Ajijic. 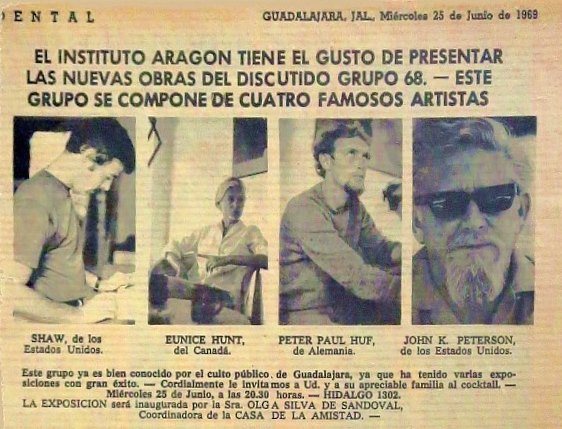