Bertram (“Bert”) Miller was a supremely talented amateur photographer who retired to Chapala and spent several years documenting the town and its inhabitants in the 1970s and 1980s. After his passing, a significant number of his photographs were donated by his youngest daughter, Norma, to the Chapala archives. The archives, open to the public, are currently housed next to the town hall (presidencia municipal).

Prior to his time in Chapala, Miller had been a prominent New York pediatrician: Dr. Bertram W. Miller of 33-20, 16th Street, Flushing, New York. Most, if not all, of his photographs of Chapala have this address stamped on their reverse side.

Miller, born in New York on 27 September 1915, was a graduate of Columbia University and gained his M.D. at New York University in 1939. He visited Mexico for the first time in 1967 and loved what he saw. In 1969, he retired from his medical practice, after 22 years, and moved to Chapala with his wife, Gertrude (“Gerry”), and their then 4-year-old daughter Norma. Miller and his wife were both born into families from Europe. Two of Norma’s grandparents were from Poland, one from Ukraine and one from Austria.

Miller was a passionate photographer, whose excellent eye for a striking image was complemented by exceptional technical skills in both black and white and color photography. He spent years researching and developing a unique method (the Miller Method) of making high quality color prints, which he patented in 1977. It allowed him to tweak the settings of each of the three sensitive layers in color film to achieve neutral colors, so that the grey, for example, exactly matched the grey on a standard reference card.

Writing in the Guadalajara Reporter, Joe Weston described Miller as a perfectionist, who studied things “because they are there”, whether they involved calculus, designing electronic equipment, photography or color development. At the time of Weston’s article, the Casa de la Cultura in Guadalajara was exhibiting 70 of Miller’s photographs. Weston quotes Miller as saying that he planned to photograph much of Mexico, its people and its way of life “before it disappears in industrialization”. 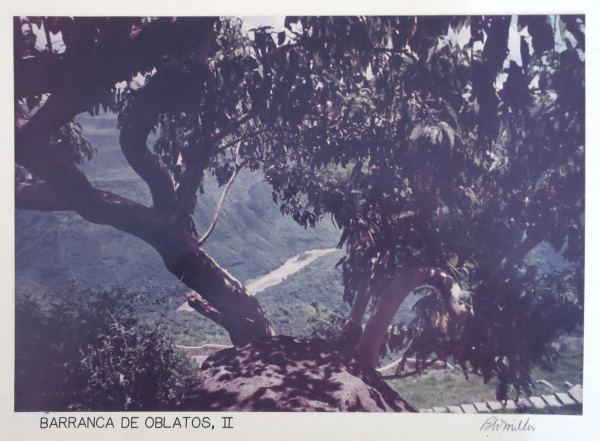 In addition to conventional views (above) and portraits, Miller also experimented in more artistic photography (below). 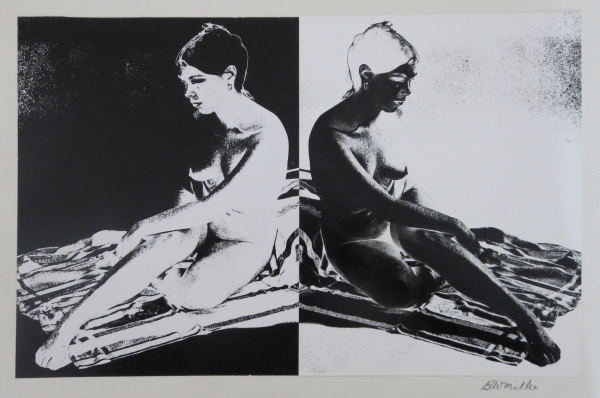 Miller and his wife were close friends of photographer John Frost and his wife, novelist Joan Van Every Frost; of artist Harry Mintz and his wife Rosabelle; and of architect-designer Russell Bayly. 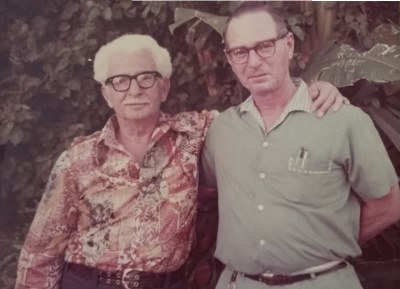 Miller’s daughter, Norma, in the short biography that accompanies her gift of his photographs to the Chapala archive, writes of her father that “With great artistic sensitivity and enormous humanity, Dr Miller captured images that he turned into prints in his darkroom that showed the profound and authentic faces and landscapes of Mexico. The photos in this exhibit portray Chapala and its people with honesty and love.” Indeed they do. Miller’s photographs are a unique record of bygone Chapala, and one which deserves to be valued and preserved for future generations.

Bert Miller passed away on 16 October 2005, three weeks after his 90th birthday.

I am very grateful to Ricardo Santana for introducing me to Miller’s work, and to Chapala archivist Rogelio Ochoa Corona who, by a happy coincidence, showed me more of Miller’s fine photographs the following day, and shared his personal knowledge of Miller and his family.

My sincere thanks to Norma Louise Miller Watnick for graciously providing valuable additional information about her father and the family’s time in Mexico. We hope to publish a photo essay of Miller’s photographs of Chapala in the near future.