The Lake Chapala-Santa Fe literary-art nexus has had many distinguished members over the years: 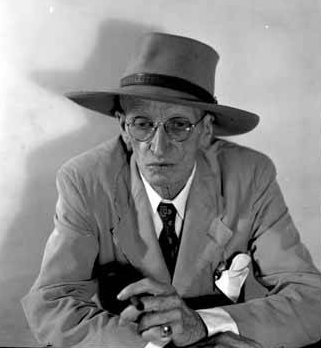 Instrumental in fomenting the links in the 1940s was Santa Fe journalist Brian Ború Dunne who wrote a regular column for the Santa Fe New Mexican titled “Village Gossip.” There is no evidence that Dunne ever visited Lake Chapala. But in 1946 he reported that a “Rogelio M Chávez” had just returned from Ajijic and told him that the village of Ajijic was a colony of artists and writers with fourteen “white” people. These included two “rich women with palaces or castles… a fascinating Russian ballerina… [and] an Englishman who wears a Persian robe, a hat and motorcycle goggles.”

This article about Ajijic was instrumental in helping to persuade Santa Fe author John Sinclair to travel to Lake Chapala in December 1946 to write his novel Death in the Claimshack.

What else did Chávez tell Dunne about Ajijic?

Well, there were no door bells, electricity was limited to three hours daily—starting at sunset—and most people bathed “au naturel” in the lake. Ordinary mail was delivered occasionally “but air mail gets attention.” For nightlife—music, dancing and drinking—there was a bus to Chapala.

The foreign residents of Ajijic included Mrs Neill James, and Herr Heurer [sic] a refugee from Germany, who escaped World War I, and who had built “cubicles of mud, plaster and bamboo thatching for rent.” The heroine of Mrs Morton of Mexico also, according to Chávez, lived in Ajijic. In fact, Mrs Hunton, the real-life basis for the fictional Mrs Morton, lived in Villa Virginia in Chapala.

And who was Brian Ború Dunne? Relatively little is known about his education and life. He was born in Salt Lake City, Utah, on 13 July 1878 and died in Santa Fe at the age of 84 in December 1962. Dunne was an aspiring journalist when he chanced to meet English novelist George Gissing in Europe in 1897. His account of their time in Italy is the subject of a book published in 1999. Dunne was awarded a A.B. degree by St. Mary’s Benedictine College in North Carolina in 1906.

Dunne was the author of Cured! The 70 Adventures of a Dyspeptic, published in 1914, in which he tells, with great good humor, the story of his search for a cure for dyspepsia. After eight years of travails and visits to dozens of different specialists, Dunne’s odyssey culminated when he met an eye specialist who prescribed new lenses for his glasses. In his foreword to the book, H G Wells called it “ a manuscript shining with cheerfulness and telling of years of ill health” and “a real contribution to the difficult art of living!”

Dunne moved to New Mexico in about 1940, after working for a Washington D.C. newspaper and for the Baltimore Sun. He became a well-known figure in Santa Fe and his gossip column was deservedly popular. According to his obituary, Dunne wore gold-rimmed glasses, was a friend of H. L. Mencken, and lectured throughout the US on the importance of the Spanish language.

“No one in town could fail to notice him. Hummingbirdlike with a bony frame and sharp nose, Dunne wore a showy wide-brimmed hat with a silver band — famous locally for touching off a contest among people who claimed the hat after his death. He planted himself in the middle of the Santa Fe social scene, wrote a newspaper gossip column and hung out for years in the lobby doing ambush interviews of La Fonda guests. For years, Dunne… wrote articles light in substance but heavy on sensation. Likewise, when he spoke, his dramatic delivery puffed up his empty rhetoric and made it seem profound.”

And were there really only fourteen foreign residents in Ajijic in 1946? Well, no, the number is a slight undercount – but this profile, in the spirit of Dunne, is about more than just facts.